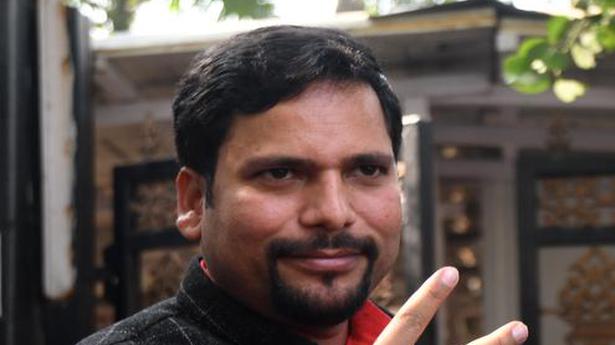 Delhi elected 43 MLAs facing criminal cases in the recent Assembly elections, and 26 of them won against a runner up “with a clean background”, as per a new report by the Association for Democratic Reforms and Delhi Election Watch released Wednesday.

People in the national capital elected 52 “crorepati” MLAs, with 15 of them winning against a “non-crorepati” candidate, it noted.

Of the 26 MLAs who defeated candidates with a clean background, nine registered a victory margin of more than 20 per cent.

AAP’s Burari MLA Sanjeev Jha, who had declared several criminal cases pending against him in his election affidavit, registered the largest margin of victory in the polls — 39.67 per cent, the report said.

Only eight MLAs with clean backgrounds won against a runner up with declared criminal cases, ADR, a non-governmental organisation working on electoral reforms, said.

Among the 43 MLAs facing criminal cases, 37 had declared, in their affidavits, serious penal offences including those related to rape, attempt to murder and crime against women, pending against them, it said.

In the previous Assembly, 24 MLAs had declared criminal cases against themselves.

“Fifteen out of 52 ‘crorepati’ MLAs won against a ‘non-crorepati’ runners up. Of them, six won with more than 20 per cent margin of victory,” the ADR said.

As per the analysis, 11 non-crorepati MLAs won against crorepati runners up.

Four of them registered a victory margin of more than 20 per cent.

‘Why were DU principals repatriated in a hurry?’

Bring back minor girl from Nepal: HC to Centre

Sisodia interacts with principals on reopening of schools

Business Newsresults.in - May 28, 2020
0
Here is a list of top ten stocks that may be in focus on Thursday: Reliance Industries: Microsoft...

I turned my disability into ability: Paralympic champion Heinrich Popow

More than 80% of coronavirus patients on a cruise ship did not have any...

Health Newsresults.in - May 28, 2020
0
A man navigates his boat next to Cruise Ships docked at the port of Long Beach during the COVID-19 Coronavirus pandemic on April...

I turned my disability into ability: Paralympic champion Heinrich Popow

More than 80% of coronavirus patients on a cruise ship did...