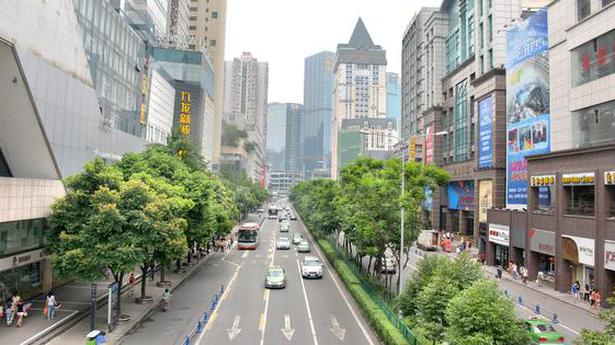 It was around mid-January that Dr. Anushri Mukhopadhyay, a Goa-based ENT (ear, nose and throat) surgeon, who had taken up a teaching assignment at a Chinese university only months earlier, returned home on a scheduled break.

By then, COVID-19 cases had begun to be reported from China but it was still not thought of as a pandemic. Soon, humankind was to find itself in the grip of an unprecedented health crisis and today, parts of the world, including India, are under a lockdown. But one thing continues as normal: Dr. Mukhopadhyay’s classes in China.

A host of apps

She is conducting her classes not in China, of course, but from the confines of her home in Goa – via a host of apps. “The college reopened on February 24 as scheduled and I was on the first lecture at 9 a.m. Beijing Time, which was 6.30 a.m. IST,” Dr. Mukhopadhyay, who teaches at the International Medical School at Chengdu city in the Sichuan province of China, told The Hindu.

“After a few days of unhindered lectures on the app Rain Classroom, I was forced to shift to another app called Zoom because traffic [on the former] seemed heavy and my signal in Goa was unstable too, at times. But Rain Classroom has features like roll calls and setting MCQ (multiple choice questions), which makes the experience worth the effort,” she said.

“All the apps are synced with WeChat. The lessons get published automatically on it for future retrieval. Students who cannot attend a class can also access them later – that’s the best part. I am also using an electronic board to write and draw diagrams, which fills the absence of a blackboard quite conveniently,” said Dr. Mukhopadhyay, who teaches regional anatomy, genetics, medical ethics, radio-imaging and biostatistics at the university.

She teaches two batches of students, one with 38 students and another with 68. They are drawn from various countries across the world, including India, Pakistan, Afghanistan, Indonesia, Nigeria, Guyana and South African.

“Overall the situation is making me tech-savvy too. I recently purchased a Nikon Z50 to make video lectures. I miss cadaveric dissection though!” she said.

And so, the show goes on – the teacher teaches and the students learn – even as panic grips many pockets in the world. It is quite likely that many universities are doing the same, and who knows? Going ahead, this may just become the norm, with technology wiping out geographical distances and time zones.

“Classroom teaching is still the gold standard. But as Tao philosophy says, when winds of change blow, some people build walls and others build windmills. I can say with conviction that future learning and teaching is going to be virtual,” said Dr. Mukhopadhyay.

Border tension more serious than in the past, say former Generals

Cabinet go-ahead for MoU with Bhutan on environment, natural resources

Nepali Congress to back Oli government on vote for new map

Not our job to make unnecessary political statements: Nepal Army