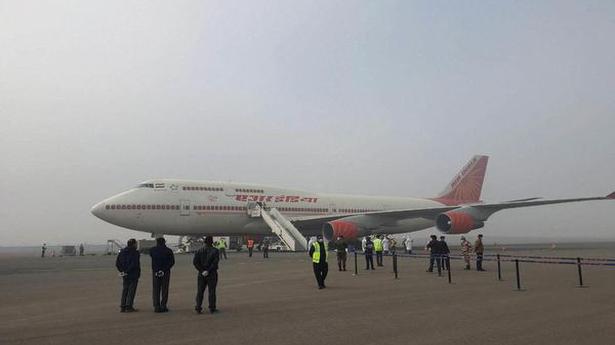 A plea was moved on Monday in the Delhi High Court for the safe and secure return of all Indian citizens employed in the United States of America (USA) and now stranded there without jobs in the wake of the coronavirus pandemic.

The petition was heard via video conferencing in the morning by a Bench of Justices Manmohan and Sanjeev Narula which directed it be listed on Tuesday so that a copy of the plea can be served on the Central government.

The petition has been moved by a couple whose daughter is stranded jobless in the U.S. after her employer suddenly asked her to resign on March 20 in the wake of COVID-19 and she could not return to India due to a ban on commercial flights.

Similar is the situation of many Indian citizens who were employed in the U.S. but are now stranded there jobless in the wake of COVID-19 outbreak, the petition, moved through advocate Gaurav Kumar Bansal, has claimed.

The plea has also said that the petitioners’ 24-year-old daughter — Yasmin Tahiira Hussain — only has two months from March 20 to leave the U.S. as per her H-1B visa conditions.

The petition has claimed that if the travel ban is further extended then it would be difficult for her to leave the U.S. and she cannot survive there for long without a regular source of income as should would not be able to afford food or rent.

It has sought directions to the Centre to “organize a special flight out of New York City, USA, in view of the Indian air-space lockdown for commercial flights, to evacuate safely the Indian citizens, particularly Yasmin Tahiira Hussain, in distress”.

Hussain, who is presently living alone in her rented flat in Brooklyn, USA, has also reached out to the consulate in New York for evacuating her, but received no response, the plea has claimed.

The petition has also sought directions to the Centre to ensure that “Indian citizens in distress, and more particularly, Yasmin Tahiira Hussain, remain safe and fully provided” till a special flight is arranged to evacuate them.

Day after the Capital shuts its borders, traffic piles up

Services activity contracts sharply in May due to COVID-19, firms cut jobs: PMI –...

Health Newsresults.in - June 3, 2020
0
1. Dow set to build on two-session rally and back-to-back monthly gainsDow futures were pointing to an over 150-point advance at Wednesday's open...

Services activity contracts sharply in May due to COVID-19, firms cut...