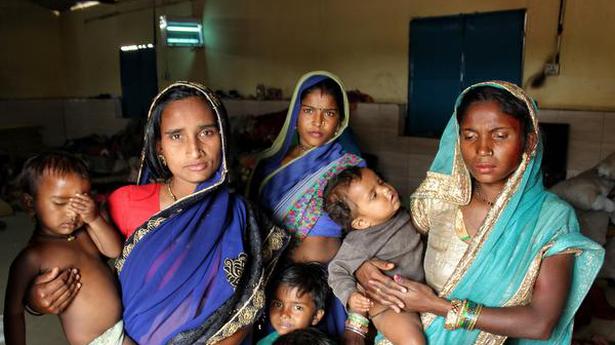 Over a 100 shelter homes set up by the Delhi government for migrant workers in the Capital have a combined occupancy of less than 12%, according to official data, even as no new cases or instances of such workers seeking to travel back home have come to light.

A senior government official said that this meant that the facilities at these shelters – which are monitored on a daily basis by the district authorities and reviewed by Chief Secretary Vijay Dev, who is also the Chairman of the State Executive Committee – were satisfactory from the point of those lodged in them.

“Adequate care is being taken to extend all possible amenities to the inmates. That is why there are no fresh instances of such workers reaching the sealed State borders in a bid to go home,” said the official.

After the nationwide lockdown to contain the spread of the COVID-19, announced by Prime Minister Narendra Modi, came into force on March 24 midnight, thousands of such workers sought to migrate to their home States necessitating their identification as a target group for special facilities.

The Delhi government set up 111 shelter homes specifically for such workers rendered homeless due to the lockdown evenly spread over its 11 districts under the supervision of the respective District Magistrate.

Till Sunday, the government said, 4,788 such migrant workers, were housed in such facilities which have a combined capacity to accommodate 40,000 persons – an occupancy rate of 11.97%. These shelters are in addition to 223 permanent shelters managed by the Delhi Urban Shelter Improvement Board and 10 more such night shelters for the homeless.

“All occupants are provided free food which includes breakfast, lunch and dinner. General items for daily use are also provided in addition to special attention to the overall health and sanitation of the inmates. Medical assistance is provided by doctors assigned to the centre,” the government said in a statement.

“In case of symptomatic persons housed in these shelter homes, people are quarantined as per protocol. Only one person has been hospitalised till date since the shelter homes were earmarked. Due to pro-active steps taken by the Delhi government, no fresh movement of migrant labourers has been reported in Delhi,” the statement added.

Besides, the Delhi government said, officials and policemen concerned have been directed to honour e-passes issued by other State governments to individuals and vehicles engaged in the movement of essential goods within the boundaries of the Capital.

This, the government said, was in line with a directive issued by Home Secretary Ajay Bhalla on April 3 conveyed to the Chief Secretaries of all States and Union Territories.

The Amaltas herald summer in Delhi!

‘Why were DU principals repatriated in a hurry?’

‘Corona has shown a good number of administrative workforce can operate from home’ –...

Business Newsresults.in - May 28, 2020
0
NEW DELHI: Workplaces will no longer be an indispensable social necessity as social distancing norms force organisations to decongest offices. Accordingly, HR will...

International Newsresults.in - May 28, 2020
0
Chinese authorities have said they have put in place a ban on pork imports from India, a move that State media has linked...

‘Corona has shown a good number of administrative workforce can operate...