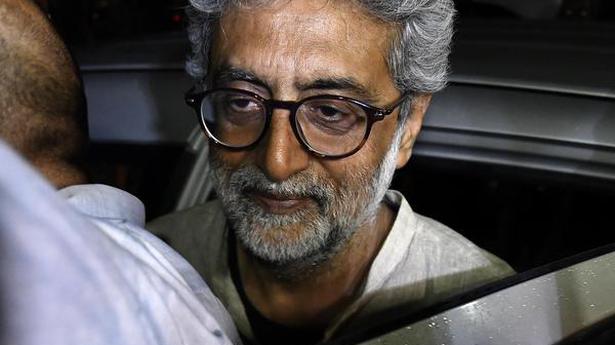 The Delhi High Court on Friday sought a response from the National Investigation Agency (NIA) to a plea by civil rights activist Gautam Navlakha seeking interim bail in the Bhima Koregaon violence case. Justice Anup J. Bhambhani asked the NIA to submit its response, and listed the case for May 27.

Mr. Navlakha, who is lodged in Tihar jail after he surrendered before the NIA on April 14 in pursuance to a Supreme Court direction, sought interim bail on the ground that due to his advanced age (67), he was vulnerable to catching viral infections in a crowded environment like prison during the COVID-19 pandemic. “The applicant is a citizen suffering from Colonic Polyposis, Chronic Gastritis and lactose intolerance, which can be controlled only through timely and regular medication..” his plea said. While he was in NIA custodyduring interrogation, he was diagnosed with high blood pressure at Safdarjung Hospitalwhich all the more increases the risk of his morbidity”, it stated.

Solicitor General Tushar Mehta opposed the plea, saying the grounds for interim bail were rejected by the Supreme Court when Mr. Navlakha sought an extension of his protection from arrest due to the ongoing pandemic.

Editor of Mumbai-based Economic and Political Weekly for years,Mr. Navlakha was one of the five activists arrested for alleged Maoist links and involvement in the Bhima Koregaon violence on January 1, 2018.

He has been accused under the stringent Unlawful Activities Prevention Act of alleged involvement in the Bhima Koregaon riots.

Social distancing norms not being followed at screening centres: BJP

Morning Digest: No WHO bar on India testing HCQ; schools,colleges still not allowed to open says Home Ministry, and more