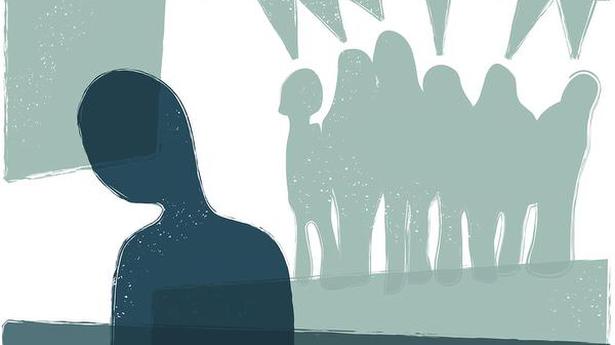 A Sikh student in the U.S. state of New Jersey has filed a lawsuit against an education board, alleging that he was subjected to bullying because of his faith and was forced to permanently pull out of school due to the prolonged harassment.

Community-based organisation Sikh Coalition said it had joined with co-counsel at the Law Offices of Brian M. Cige to file a complaint against the Gloucester County Special Services School District Board of Education in Sewell, New Jersey.

The complaint addresses the case of the Sikh student, who remains anonymous since he is a minor, enrolled at the Gloucester County Institute of Technology.

It alleges that the student faced bias-based bullying since 2018.

No student should experience what my child has gone through — not the bullying by fellow students, and certainly not the indifference, dismissiveness, or criticism of the adults who are meant to protect them — said the student’s mother, who also remains anonymous to protect her child’s identity.

“I am hopeful that a civil court will recognise this clear case of bullying and take decisive action, both for the sake of my child and to create a safer learning environment for all students in this district<” she said.

‘Pleas for help brushed aside’

The Sikh Coalition said in a statement that despite being subjected to slurs based on his actual and perceived race, derogatory comments about his articles of faith, and other forms of bullying and harassment, to the point that he permanently pulled out of school, the student’s pleas for help from the school district were repeatedly brushed aside by educators and administrators.

Prior to the filing of the complaint this month, the Coalition worked with the family to formally appeal the negative findings of the school district’s initial investigation.

The organisation said both the first investigation and the appeal ended with the school board refusing to take action; officials ignored the clear pattern of harassment, and insisted on characterising the bias-motivated attacks as harmless ‘nicknames.’

The suit seeks acknowledgement of the school district’s wrongdoing, providing training and having processes in place for better detection of bias-motivated harassment, and damages.

The organisation further said that even after more than a year since dropping out of school, the student suffers from effects of the bullying.

The student remains in treatment for mental health consequences of his experience. And while students across New Jersey were transitioned to distance learning as a result of the COVID-19 pandemic, this student — who was already learning from home — has been subjected to additional reporting burdens and reduced learning time by the district, it said.

“However, it is also important that the school board recognise and remedy their investigation’s failure to acknowledge, let alone appropriately respond to, the obvious bias driving this bullying behaviour. This acknowledgement must be accompanied by new training and procedures to keep from repeating these mistakes in the future,” Klapper said.

The Sikh Coalition added that despite being members of the world’s fifth largest religion, Sikhs in the United States were often subjected to bias, bigotry and backlash. This harassment often focuses on Sikhs’ visible articles of faith, including unshorn hair, head coverings, steel bracelets, and other items, it said.

It cited the results of the Sikh Coalition 2014 survey and a report titled Go Home, Terrorist to drive home the point.

In the past year alone, the Sikh Coalition has received 14 legal intakes pertaining to school bullying across the country, it added.