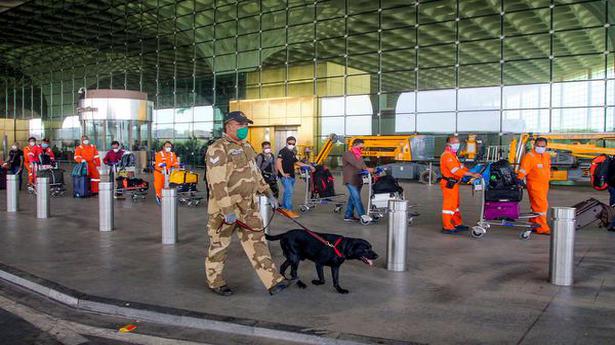 China has announced plans to repatriate its nationals in India who have been unable to return because of the coronavirus (COVID-19) pandemic, with flights scheduled for the first week of June.

A notice issued by the Chinese Embassy in New Delhi on Monday said students, businessmen and tourists “in urgent need of returning home” would be allowed to travel back, and would need to register by May 27.

Those who had been diagnosed with COVID-19 or had fever and cough symptoms within the past 14 days would not be permitted to fly. The costs for the tickets and for quarantine expenses for 14 days on arrival in China would be borne by the passengers.

According to a tentative flight schedule as of May 25, the first flight would depart from New Delhi to Shanghai on June 2. Other routes are Mumbai-Chongqing (June 3), Kolkata-Jinan (June 5), Delhi-Guangzhou (June 7) and Mumbai-Zhengzhou (June 8).

On March 27, China announced international travel restrictions citing a rise in imported COVID-19 cases, even as the number of locally transmitted cases had fallen. The entry of all foreign nationals has been suspended. Starting March 29, Chinese airlines have been permitted to fly one route to any country per week, while foreign airlines can maintain one weekly route to China.

All incoming travellers will have to take nucleic acid sampling and blood tests on arrival and most will have to undergo 14 days’ centralised quarantine at their expense.

COVID-19: Taj Mahal, other Agra monuments not to re-open for now

Morning Digest: Students in limbo as UGC yet to decide on final year exams; COVID-19 drugs under review after trial results, and more

International Newsresults.in - July 7, 2020
0
Syrian and Russian planes have carried out deadly aerial strikes on schools, hospitals and markets in Idlib province that amount to war crimes,...

Sport Newsresults.in - July 7, 2020
0
KOLKATA: Mahendra Singh Dhoni went on to become one of the best finishers in the game but on his 39th birthday, former India...