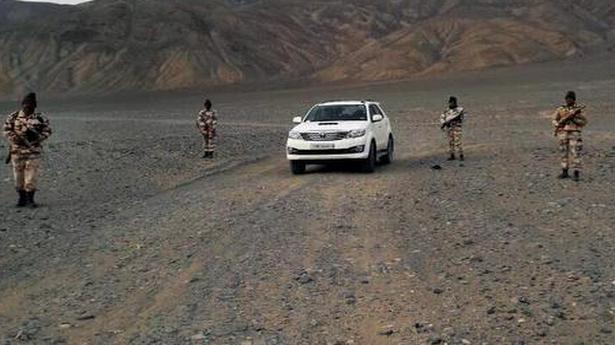 China’s government and media have maintained a studied public silence on developments along the Indian border through much of the past week, in a marked contrast to Beijing’s almost daily public messaging through the 2017 Doklam stand-off.

As of May 26, there has been little coverage on the border in Chinese media, another contrast from 2017 when there was almost daily coverage on Doklam in what was a campaign by State-controlled media to whip up public sentiment.

That approach has been largely absent so far. The silence from both New Delhi and Beijing has been seen by observers as suggesting a desire to keep space for de-escalation, although that could change the longer the stand-off continues.

In 2017, Chinese analysts had described the Doklam stand-off as being qualitatively different from other India-China border situations as it was not taking place on territory disputed between the two countries. China was emphasising in statements then that India had crossed the border into Bhutan, on land that is disputed between Bhutan and China and to which India had no claims.

That is not the case in this instance, although analysts have said the current tensions are also unprecedented in their own way, given the heavy deployments, simultaneous stand-offs in at least four points, and aggressive behaviour that led to injuries.

Deliberations between military commanders of the two sides have been on-going on a daily basis, in addition to other communication channels. Talks have so far failed to defuse the situation, with both sides digging in and adding to their deployments.

The only two statements from China’s Ministry of Foreign Affairs (MFA), on May 19 and May 22, were issued to the Indian media in responses to queries. Unlike in the past, these were neither published on its website nor circulated to the Chinese media. The MFA also answered a question in its daily briefing on May 21 on comments made by U.S. diplomat Alice Wells on the border situations, describing it as “nonsense”. The spokesperson repeated the May 19 statement and added it had “nothing to do with the U.S.”

No questions on India or the border were taken up during Chinese Foreign Minister Wang Yi’s annual press conference on May 24, an event that is usually carefully choreographed and questions are selected in advance.

On May 19, the MFA said India had “crossed” the LAC in the western section and Sikkim “to enter Chinese territory”. It accused India of blocking normal patrols and attempting to unilaterally change the status quo.

Another statement on May 22 said that with the border never having been demarcated, problems occurred on occasion. It said China opposed infringements across the border. Diplomatic channels were open and it believed the issue could be properly resolved through negotiation.

The English language Global Times on May 18 published the only article so far on the border situation, saying Chinese troops “have bolstered border control measures and made necessary moves in response to India’s recent, illegal construction of defence facilities across the border into Chinese territory in the Galwan Valley region”. It cited “a source close to Chinese military”. A Chinese version of the article, published on the Sina website’s military portal, referred to the Galwan Valley “as China’s territory”, although this was missing in the MFA’s statements.

Another article on May 25 in Global Times said China’s “first domestically developed unmanned helicopter focused on plateau operations recently made its maiden flight” and “could help safeguard China’s southwestern borders with India.”

The May 18 article said “the Chinese troops’ new move, believed to be the strongest military response to India’s illegal trespassing incident along the border since the Doklam stand-off, demonstrates the strong determination of the Chinese People’s Liberation Army to defend its sovereign territory,” the article said.

“But the latest border friction started by the Indian side won’t lead to another Doklam stand-off,” it added, “which brought serious tensions between China and India in 2017.”