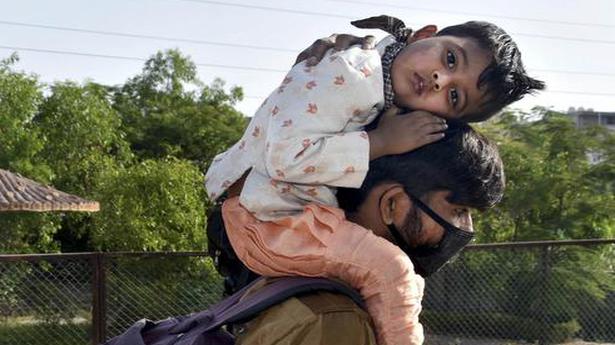 Hours before taking suo motu cognisance of “certain lapses” in government measures dealing with migrant workers, the Supreme Court received a stinging letter from 10 senior lawyers each from Delhi and Mumbai that was critical of its “self-effacing deference” to the government, “unwillingness” and “apparent indifference” in the face of the “enormous humanitarian crisis”.

The senior lawyers, who include P. Chidambaram, Kapil Sibal, Prashant Bhushan, Indira Jaising, Vikas Singh, Iqbal Chavla, Navroz Seervai, said the way the Supreme Court chose to trust the “bland assertions and patently incorrect statements” made by the Centre reminded them of how it functioned during the Emergency era “when detenues were left to the tender mercy of the executive with ‘Diamond bright, Diamond hard hope” that something would be done”.

Sources said the Supreme Court received the letter late on Monday. The decision to take suo motu cognisance of the “miseries and problems” of migrant workers during the lockdown was made on Tuesday. The court order admitted there were “inadequacies and certain lapses” in government measures. It said the workers should be provided food, shelter and transport free of cost. The court is scheduled to hear the case on Thursday.

The lawyers’ letter referred to how the Supreme Court on March 31 “expressed satisfaction” immediately after the Solicitor General Tushar Mehta made a statement that “no migrant person was walking on the roads in an attempt to reach his/her hometown/village”. The court had even gone to the extent of saying that the migrants’ exodus was due to panic created by fake news.

“The Supreme Court’s failure to protect the rights of the hapless millions of migrant workers in March, and its failure to scrutinise carefully the executive actions, resulted in them being compelled to stay in cramped unhygienic accommodation without employment and wages and often without proper food and with a much higher risk of Covid infection,” the letter said.

The Supreme Court again failed to intervene in mid-May when millions of migrant workers commenced travelling home on foot or by trucks. The letter said the court could not look the other way by blankly saying these were “policy issues” best left to the government.

“The migrant workers’ issues are not a ‘policy issue’. They raise constitutional issues… This Court has the power under Article 142 to undertake any measure to do complete justice. The show of helplessness does not do justice to the court’s motto of ‘Yato dharmastato Jaya’,” the letter said.

Family waiting to bury woman learns she has already been cremated

White House begins the process of withdrawing from the World Health...