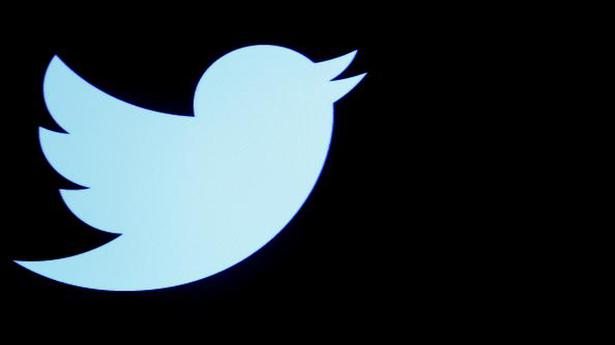 U.S. President Donald Trump went head-to-head on Tuesday with the social media giant Twitter about an unsubstantiated claim he made on the platform. In a first, Twitter posted a fact-check below two of Mr. Trump’s tweets about mail-in ballots. Twitter’s action has potentially large ramifications given the U.S. is months away from a general election and Mr. Trump uses the site several times a day to communicate with his more than 80 million followers.

“There is NO WAY (ZERO!) that Mail-In Ballots will be anything less than substantially fraudulent. Mail boxes will be robbed, ballots will be forged & even illegally printed out & fraudulently signed,” Mr. Trump tweeted, singling out the Governor of California (Gavin Newsom).

“The Governor of California is sending Ballots to millions of people, anyone living in the state, no matter who they are or how they got there, will get one. That will be followed up with professionals telling all of these people, many of whom have never even thought of voting before, how, and for whom, to vote. This will be a Rigged Election. No way!” the President wrote.

Twitter reacted with a link that said, “Get the facts about mail-in ballots” that linked to a page titled, “ Trump makes unsubstantiated claim that mail-in ballots will lead to voter fraud.” The page included details on the President’s false claims and links to articles from publications including the Washington Post and CNN.

Twitter had announced last year that it would , in some cases, tag notices onto tweets from the verified accounts of government officials, elected representatives and those running for office who had more than 10,000 followers.

.@Twitter is now interfering in the 2020 Presidential Election. They are saying my statement on Mail-In Ballots, which will lead to massive corruption and fraud, is incorrect, based on fact-checking by Fake News CNN and the Amazon Washington Post….

Mr. Trump has repeatedly made baseless claims on voting by mail and had threatened, earlier in May, to cut federal funding to some states over the issue. On Sunday, several Republican groups had sued California after Mr. Newsom said everyone eligible to vote would be sent an absentee ballot to encourage mail voting due to the pandemic

Mr. Trump, reacted by saying Twitter was “interfering” in the 2020 election and “ completely stifling free speech” and that as President, he would “not allow it to happen.” His campaign manager, Brad Parscale, accused Twitter of political bias and said the company was trying to interfere with Mr. Trump’s outreach to voters.

“We always knew that Silicon Valley would pull out all the stops to obstruct and interfere with President Trump getting his message through to voters. Partnering with the biased fake news media ‘fact-checkers’ is only a smokescreen Twitter is using to try to lend their obvious political tactics some false credibility. There are many reasons the Trump campaign pulled all our advertising from Twitter months ago, and their clear political bias is one of them,” Mr. Parscale said in a statement.

However, Twitter had said last year that it was not permitting political ads and that “political message reach should be earned, not bought.”

Also on Tuesday, Mr. Trump tweeted unsubstantiated claims about television show host and former Republican politician Joe Scarborough, suggesting Mr. Scarborough had a role in the 2001 death of a former employee, Lori Klausutis. Her death was caused by a cardiac condition and did not involve foul play, as per the authorities at the time. In a May 21 letter published by the New York Times, Lori’s widower Timothy Klausutis had requested Twitter CEO Josh Dorsey to take down similar tweets from Mr. Trump from April and May this year.

A twitter spokesperson said the company was “deeply sorry” about the “pain” caused by the statements but said the tweets would remain, as per several U.S. news outlets who reported the reaction.

U.S. position on CAATSA unchanged despite China’s actions in neighbourhood

WHO officials are reviewing new evidence of airborne transmission, importance of ventilation in fighting...

Health Newsresults.in - July 7, 2020
0
The World Health Organization said Tuesday that it is reviewing new evidence on whether the coronavirus can spread through particles in the air.The...

WHO officials are reviewing new evidence of airborne transmission, importance of...