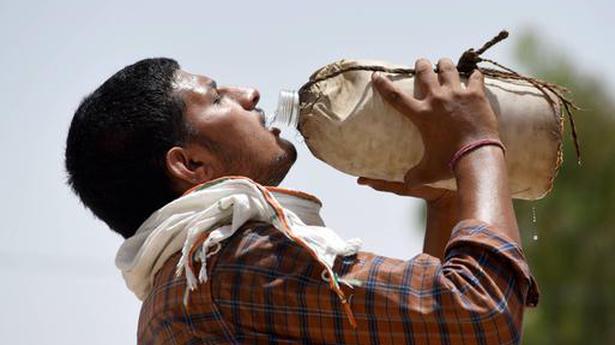 Several parts of north India have been reeling under an intense heat wave. Many districts in Rajasthan, Haryana, Uttar Pradesh, Madhya Pradesh have been posting temperatures over 45 degrees Celsius or five degrees above what is normal.

The maximum temperature in Delhi settled six degrees Celsius above the normal at 46, making May 26, 2020 the hottest day the national Capital has seen in May in 18 years.

The heat wave has been caused by the dry north-westerly winds that started blowing on May 21 causing a gradual rise in temperature.

Heat waves are among the most dangerous of natural hazards, the frequency and intensity of which will rise in the 21st century due to climate change.

But some countries have adopted their own standards, like India. A heat wave, according to the India Meteorological Department, requires that temperatures increase 5–6 °C or more above the normal temperature.

But heat wave-related death tolls and destruction are not always immediately obvious. Heat waves are a significant cause of weather-related mortality.

The Indian heat wave of 2015 killed more than 2,500 people. According to EM-DAT, the International Disaster Database, it was the fifth deadliest heat wave in world history.

Business Newsresults.in - July 2, 2020
0
Uber Technologies Inc on Wednesday extended indefinitely a requirement for drivers and riders on its platform to wear a face covering...