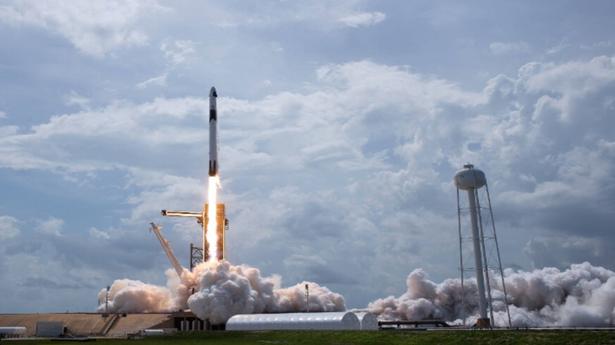 A SpaceX Falcon 9 rocket that lifted off from the Kennedy Space Center, Florida on May 30, created history. It was the first commercially built and operated American spacecraft to carry humans to orbit. SpaceX is the private rocket company of billionaire entrepreneur Elon Musk.

It launched two Americans into orbit – Doug Hurley and Bob Behnken. They were on a 19-hour ride aboard SpaceX’s Dragon Crew capsule to the International Space Station. They departed from the same launch pad used by shuttle Atlantis in July 2011.

Minutes after launch, the first-stage booster rocket separated from the upper second-stage rocket. It descended back to Earth safely onto a landing platform floating in the Atlantic. The Crew Dragon jettisoned the second stage moments later, The capsule then chased down the space station at speeds of up to 28,000 kph.

The astronauts entered the International Space Station on May 31. This mission marks the first spaceflight of NASA astronauts from U.S. soil in 9 years. It comes after the shuttle program was shut down in July 2011.

After that NASA began outsourcing its manned space mission launches, mainly to its Russian counterpart Roscosmos. In 2014, contracts were awarded to SpaceX and Boeing for them to take over this task. The US had paid a total of about $7 billion for the “space taxi” contracts.

The first launch of the mission had been called off due to weather conditions. The astronauts along with other crew aboard ISS will support in station operations, maintenance and research.

Watch | What is an annular solar eclipse?