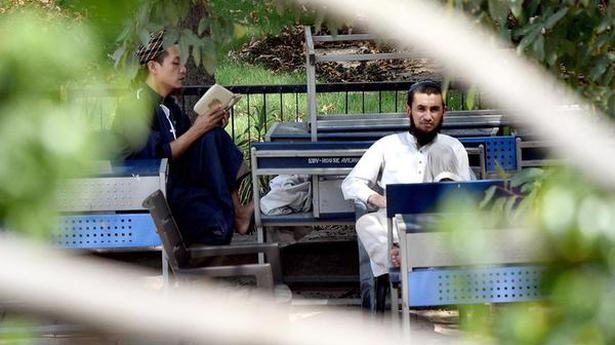 
The Supreme Court on Monday asked the Union government to clarify if the blacklisting of 3,500 foreign nationals from 35 countries in connection with the Tablighi Jamaat gathering amid the lockdown was a blanket directive or care was taken to hear and decide the merits of each case individually.

“What we have here on record is a press note. It does not say notices were issued, orders were passed and action was taken on a case-to-case basis. We do not see any individual orders here. Please take instructions on the stand of the Union of India”, Justice A.M. Khanwilkar addressed Solicitor General Tushar Mehta.

The court ordered the government to respond on July 2, the next date of hearing.

Four writ petitions, including one by a Thai national who is seven months pregnant, have challenged the Centre’s decision of April 2, by which 960 foreigners were blacklisted and another subsequent decision on June 4 by which over 2,500 foreign nationals were blacklisted for 10 years from travelling to India.

“No order has been passed, no notice has been issued. No individual order was given to any single person in any individual case”, senior advocate C.U. Singh, appearing for one of the petitioners, submitted.

“There should be an order first, then only action will follow”, Justice Khanwilkar turned to address the Solicitor General.

“In barely 50 words, the impugned decision as reflected in the press release dated April 2, 2020 has arbitrarily first forfeited the personal liberty of more than 960 foreign nationals, belonging to 35 countries, presently in India, having entered on valid tourist visas, by merely alleging their involvement in ‘Tablighi Jamaat Activities’ despite the guidelines of the Respondent No.1 (MHA (the Ministry of Home Affairs)) placing no bar on attending religious congregations or visiting religious places”, the petitioners said.

The decision by its very unilateral nature, infringed the principle of natural justice, particularly ‘audi alteram partem’ [hear the other side] by blacklisting foreigners present in India without first granting an opportunity of being heard or notice of any form, and resultantly depriving the aggrieved foreign nationals of their right of locomotion and travelling back to the country of their citizenship, the Thai woman’s plea said.

The court said the Centre “owes an explanation” on why these nationals were still in the country if their visas had been cancelled. If not cancelled, the petitions would be thrown out, it observed.

The petitions, filed through advocate Fuzail Ahmad Ayyubi and drafted by advocates Ibad Mushtaq and Ashima Mandla, contended that the en masse blacklisting of over 3,500 foreigners from 35 nations, who were currently in India without affording any opportunity to prima facie defend themselves, was an egregious and blatant violation of Article 21 of the Constitution.

It said the sudden blacklisting, apart from registration of FIRs against such foreigners, led to the forfeiture of their passports by State authorities, thereby resulting in a complete deprivation of their personal liberty sans procedure established by law.

USA News Newsresults.in - January 20, 2021
0
An aerial view of the construction site of the quarantine camp in Shijiazhuang, Hebei, China, on January 19. Ren Quanjun/VCG/Getty ImagesChina is rushing to...