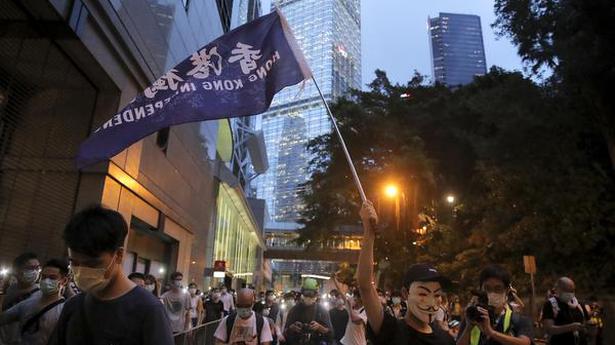 China’s controversial new law in Hong Kong is giving Beijing unprecedented judicial powers in the financial hub, with jurisdiction over cases, secret trials without jury and a national security agency.

The law was fast-tracked by Beijing after the semi-autonomous city was rocked by months of widespread pro-democracy protests last year. Communist Party officials in Beijing have condemned the protesters as violent, foreign-backed separatists.

The legislation will raise serious questions over the independence of Hong Kong’s legal system guaranteed by its mini-constitution, and will have far-reaching consequences on life in the city of 7.5 million people.

Here are five key things you need to know about the controversial law:

The four categories of criminal offence outlined in the law are: secession, subversion of state power, terrorist activities and collusion with foreign and external forces to endanger national security.

Riot police stand guard outside the Legislative Council in Hong Kong on May 27, 2020, ahead of a debate over a law that bans insulting China’s national anthem

Lead perpetrators and serious offenders can receive a maximum life sentence, or long-term imprisonment of 10 years and above for offences in all categories.

Criminal acts under the category of foreign collusion include: inciting Hong Kong residents’ hatred of the Hong Kong or Chinese government, electoral manipulation or sabotage, and sanctions against Hong Kong or China.

Meanwhile, damaging public transport and certain public facilities would be classified as terrorism under the law.

Anyone who organises or takes part in acts aimed at splitting the country, regardless of whether they use violence or not, would be committing an offence.

Those convicted would be barred from standing in any Hong Kong elections.

Prior to its passage, the law stoked widespread fears over the demise of Hong Kong’s independent legal system.

According to the law, China may take over the entire prosecution from arrest to trial for: complicated foreign interference cases, “very serious” cases and cases where national security faces “serious and realistic threats”.

“Both the national security agency and Hong Kong can request to pass the case to mainland China,” the law stated.

In China’s opaque judicial system, criminal cases typically have a conviction rate of over 99%.

Human rights advocates claim that some national security cases are highly likely to be politically motivated, with defendants denied the right to a fair and open trial. Activists, dissidents, lawyers and other opponents of the government are routinely targeted by China’s own national security laws, and often subjected to prolonged extralegal detention and even torture while awaiting trial.

The law states that certain national security cases could be held behind closed doors without juries in Hong Kong if they contained state secrets, although the verdict and eventual judgements would be made public.

City leader Carrie Lam will personally appoint judges for national security cases, but their terms are limited to one year. Defendants will not be granted bail “unless the judge has sufficient reason to believe they will not continue to commit acts that endanger national security”.

The controversial law empowers China to set up a national security agency in the city, staffed by officials who are not bound by local law when carrying out duties.

“The Hong Kong government has no jurisdiction over the national security agency in Hong Kong and its staff when they are discharging duties provided in this law,” the text said.

Hong Kong’s Justice Department is also required by the law to set up its own prosecution department for national security crimes, whose head will be appointed by Carrie Lam.

The law gives police far-reaching powers to collect evidence, including tapping communications and spying on suspects.

It can also request platforms and service providers to remove information and assist in investigations.

Government bodies will take “necessary measures to strengthen management … of foreign and external NGOs and news organisations” in Hong Kong, according to the law.

Hong Kong’s mini-constitution guarantees freedom of speech and freedom of the press, unlike in China, where the media and all forms of public commentary are heavily monitored by the government. 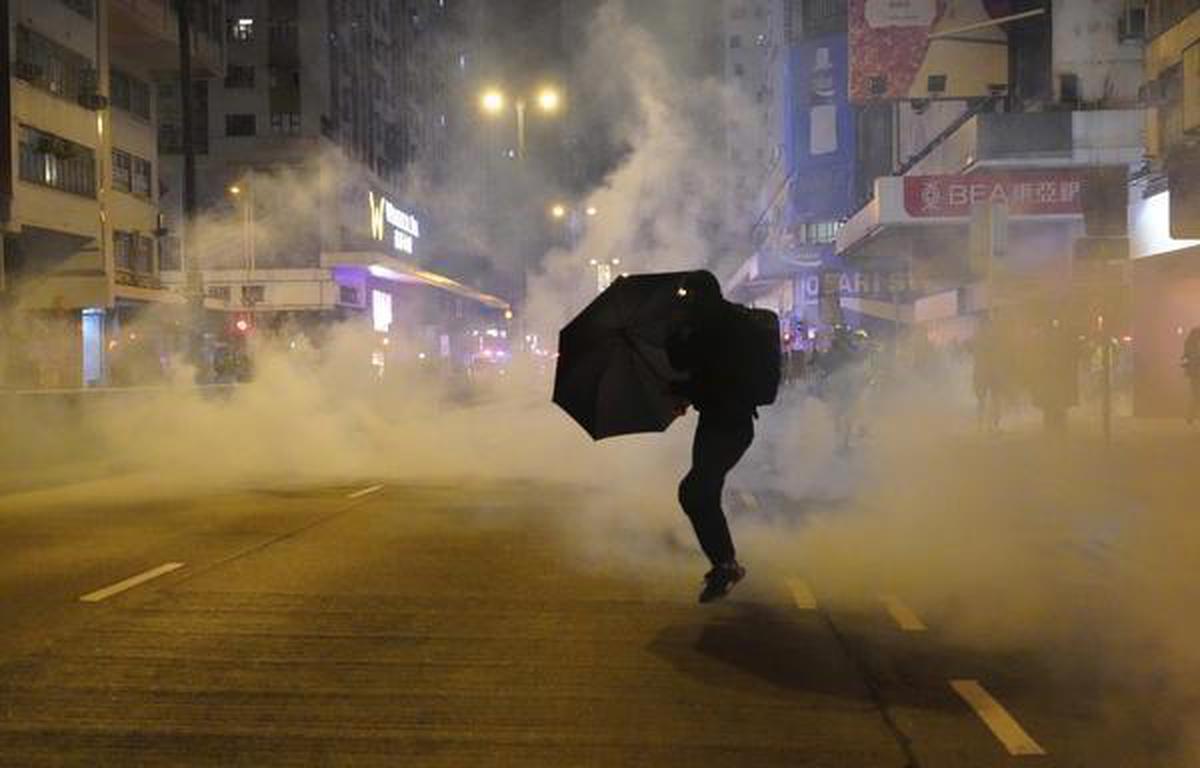 A protester holds an umbrella as police fire tear gas when pro-democracy protesters took their movement into the new year with midnight countdown rallies and a massive march planned for January 1.

Foreign journalists in China say they have experienced frequent harassment and intimidation from authorities, while several US journalists have been expelled from the country in recent months.

The law also applies to non-permanent residents of Hong Kong that commit offences under the law, even if they are not on Hong Kong soil.

Companies that violate the national security laws will be fined and may have their operations suspended.

WHO acknowledges ‘evidence emerging’ of airborne spread of coronavirus