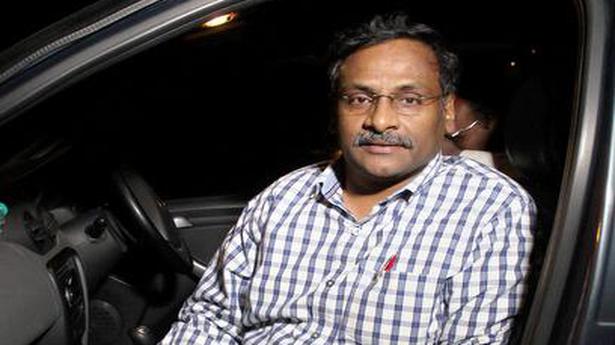 The Nagpur Bench of the Bombay High Court on Tuesday rejected the interim medical bail plea filed by wheelchair-bound and 90% disabled Professor G.N. Saibaba, incarcerated in a cell at the Nagpur Central Jail.

A Division Bench of Justices A.S. Chandurkar and Amit Borkarwas was hearing a criminal appeal filed by Saibaba seeking suspension of his sentence and/or temporary medical bail for 45 days due to COVID-19.

The Bench stated: “We find from the reply filed by Chief Medical Officer, Nagpur Central Prison that all requisite precautions are being taken to stop its [COVID-19] spread in the jail. Though the applicant [Saibaba] suffers from various ailments, in the light of the fact that he has been kept in a separate high security cell and there is no contact/communication between the inmates of the wing in which he is kept with the inmates of the other wings, we do not find any ground made out to release the applicant on temporary bail due to outbreak of the pandemic.”

Temporary bail was sought on account of the spread of COVID-19 as “there is grave likelihood that Saibaba may get infected and it is stated that his medical condition has further deteriorated after March 25, 2019 so he deserves to be enlarged on temporary bail”, the bail plea had said.

The advocate appearing for Saibaba said that, earlier, he had been looked after by two attendants provided by the jail authorities. However, after the spread of the pandemic, no attendants were now being provided to him. Due to the initiation of lockdown, Saibaba was unable to receive various medicines, which were otherwise supplied by his family members and well-wishers. In the light of the fact that some of the staff members and inmates of the jail had tested positive for COVID-19, there was every likelihood of Saibaba being infected, his advocate said.

Special Public Prosecutor (SPP) P. Sathianathan contended that all care and due precaution was being taken by the jail authorities in light of the spread of COVID-19. Saibaba has been placed in a high security cell in a separate wing, and he had tested negative for COVID-19, the SPP said. He also said two attendants had been made available for Saibaba for 24 hours, and grievances made in that regard were not tenable. Similarly, the Medical Officer was always available and at hand, Mr. Sathianathan said. He added that Saibaba was a permanent resident of Delhi, where COVID-19 was prevalent that no useful purpose would be served by granting him temporary bail.