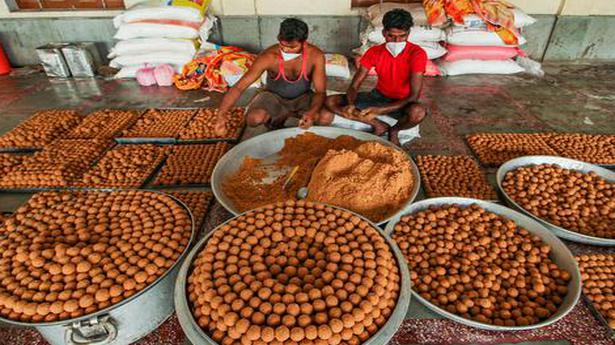 Hindu temples in North America will hold a virtual national prayer to celebrate the foundation laying ceremony of the Ram Temple in Ayodhya, religious groups have announced.

“On the auspicious occasion, the temples across the US, Canada and Caribbean Islands will join in offering seva (service) in the Lotus feet of Lord Rama on the eve of the Ram Mandir reconstruction poojan (prayer),” the statement said.

“For a joyful global Hindu community, the historic ceremony on August 5, 2020, marks the ushering of a new era. We should cherish and celebrate this day as a festival now, and forever in the future,” said Pandit Krishna Kumar Pandey, founder, president and Acharya of the Shiv Durga Temple in Bay Area, California.

Vishwa Hindu Parishad of America said it is organising prayers to mark the August 5 ceremony in Ayodhya, when Prime Minister Narendra Modi will be laying the foundation stone of the temple.

A collective chanting by priests in North America will be held, followed by a devotional song by playback singers Anup Jalota and Sanjeevani Bhelande.