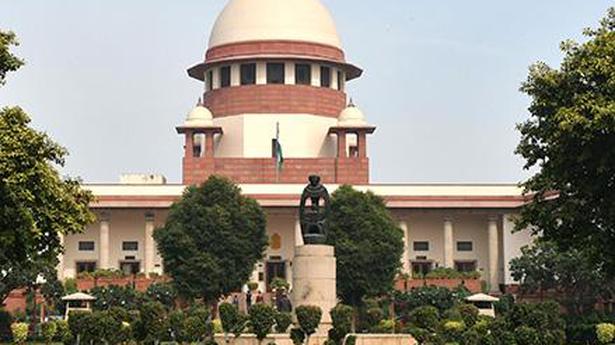 The Centre on Tuesday informed the Supreme Court that the Indian Institute of Technology-Bombay has agreed to oversee the smog tower project in Delhi to fight air pollution.

Appearing before a Bench led by Justice Arun Mishra, Mr. Mehta said the National Buildings Constructions Corporation Limited (NBCC) will construct the tower and the TATA Projects will carry out the installation work.

The court adjourned the case for further hearing to next week.

In the previous hearing, Mr. Mehta had said the project would be completed in 10 months.

On July 29, an indignant Supreme Court had threatened contempt action against the Institute after learning that it had opted to pull out of the project.

A week ago, the court had given the Centre seven days to enter into an MoU with the Institute to install the tower.

The Bench had taken a stern view against the Centre when it realised that its order of January 13 to install an experimental smog tower at the busy Anand Vihar intersection in the National Capital has not been complied with even after seven months.

The government had in an affidavit blamed the IIT-B for not agreeing to “take the lead and responsibility” for the overall coordination of the ₹18.52-crore project.