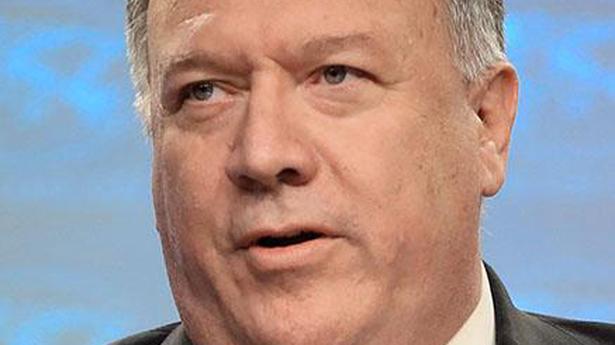 “It’s outrageous that the Human Rights Council would offer to seat Cuba, a brutal dictatorship that traffic its own doctors under the guise of humanitarian missions,” the top U.S. diplomat said on Wednesday.

Mr. Pompeo has described Cuba’s sale of medical services, Havana’s main source of foreign exchange, as a form of human trafficking. “No country should vote Cuba onto the council,” he said.

Under President Donald Trump, Washington has reversed an opening with Cuba initiated by former president Barack Obama, hardening a trade embargo in effect since 1962.

The seats are distributed geographically and are awarded for a period of three years. Members are not eligible for immediate reelection after serving two consecutive terms.

Washington withdrew from the council in 2018, with Ambassador Nikki Haley calling it a “cesspool of political bias” and a “hypocritical and self-serving organisation that makes a mockery of human rights.”

In particular, Ms. Haley had slammed the council for adopting resolutions condemning Israel, which has come under scrutiny by the council for its treatment of Palestinians.

Saudi Arabia bans flights to and from India

Business Newsresults.in - September 23, 2020
0
NEW DELHI: Uber’s India engineering team has been at the forefront of updating its maps across 150 cities around the world during the...

‘Farmers to benefit from Bills passed by Centre’

Business Newsresults.in - September 23, 2020
0
NEW DELHI: Bharti Airtel on Wednesday said it has picked up a strategic stake in Waybeo under its start-up accelerator programme, in line...

‘Farmers to benefit from Bills passed by Centre’