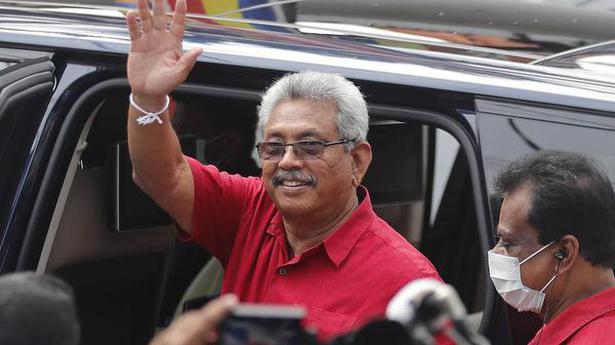 The likely decisive parliamentary majority secured by the Sri Lanka Podujana Peramuna (SLPP, or People’s Party) in the island nation’s recent general elections is set to change its political landscape in significant ways.

The political opposition to the Rajapaksas that was in fragments prior to the poll, could be decimated, going by results released until Thursday night.

Three months after his election, President Gotabaya Rajapaksa was faced with a raging pandemic. His government, mainly its public health officials with help from the Army, contained its spread early, earning global praise and goodwill within the country.

With President Rajapaksa and Prime Minister Mahinda Rajapaksa leading the party’s campaign ahead of the August 5 polls, crafted by their brother Basil Rajapaksa — known for skilfully cracking poll arithmetic — their victory was certain. Only its extent wasn’t. But the government’s successful pandemic response, a weak and fragmented opposition, and a full-throated campaign appears to have led the party closer to its desired two-thirds majority in parliament.

Meanwhile, the chief casualty of the poll appears to be the United National Party (UNP), one of Sri Lanka’s oldest parties led by former PM Ranil Wickremesinghe. The Samagi Jana Balawegaya, led by Sajith Premadasa who broke away from the UNP, had secured less than 25% of the votes as of Thursday night. With the rump of the historic Sri Lanka Freedom Party (SLFP) having merged itself with the SLPP, the Rajapaksas have an unprecedented opportunity to consolidate power.

Apparently recognising this, Prime Minister Narendra Modi was among the first world leaders to call Mr. Mahinda Rajapaksa, whose former government was widely accused of tilting towards China.

In a press statement, the Ministry of External Affairs said Mr. Modi noted that the incoming election results indicated “an impressive electoral performance” by the SLPP. The two leaders stressed the significance of early progress in all spheres of bilateral cooperation, the media release said.

Further, Mr. Modi informed Mr. Rajapaksa of the establishment of an international airport in the Buddhist pilgrimage city of Kushinagar in India, and said that the city looked forward to welcoming visitors from Sri Lanka at an early date.

The Tamil National Alliance suffered a setback in the north and east, particularly in Jaffna district.

Though the final tally is awaited, that it has ceded considerable space to allies of the ruling party and to the Tamil nationalist All Ceylon Tamil Congress (ACTC) was clear from early trends.

Sri Lanka follows a proportional representation system of elections where voters mark up to three preferences in candidates. The total tally of seats secured by each party will be known on Friday.