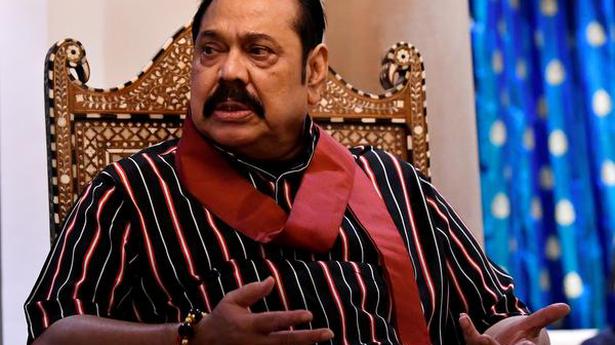 Days after Prime Minister Narendra Modi telephoned his Sri Lankan counterpart Mahinda Rajapaksa to congratulate him on his party’s big win in the recently held parliamentary polls, the Indian High Commissioner to Sri Lanka, Gopal Baglay, called on the newly elected leader in Colombo to congratulate him on the “emphatic victory”.

“The strong mandate received by Prime Minister Mahinda Rajapaksa provides a fresh opportunity for the two countries to enhance bilateral engagement, including mitigating the adverse economic effects of the COVID-19 pandemic,” the Indian High Commission here said in a statement following the meeting.

“The High Commissioner reiterated the strong desire and the commitment of the government of India to work very closely with the new government and Parliament in Sri Lanka for further strengthening comprehensive bilateral cooperation. He looked forward to continued guidance from Sri Lanka’s leadership in this endeavour,” the statement said.

Mr. Modi’s call and the High Commissioner’s subsequent meeting, on the eve of Mr. Rajapaksa’s swearing-in ceremony, comes amid persisting opposition from trade unions at the Colombo Port to Indian involvement in developing a terminal there. India has been keen on partnering Sri Lanka in developing the East Container Terminal, along with Japan, and the three governments signed a Memorandum of Cooperation last year.

During his call, Mr. Modi and Mr. Rajapaksa “agreed to remain in close touch” as both countries address the challenges posed by the COVID-19 pandemic, and resolved to take bilateral relations to “newer heights:, the Indian mission had said.

Sport Newsresults.in - September 26, 2020
0
NEW DELHI: The COVID-19 pandemic has hit the ICC headquarters in Dubai as few of its staffers have tested positive for the dreaded...

Sport Newsresults.in - September 26, 2020
0
PARIS: Novak Djokovic insisted Saturday there will be no repeat of his sensational US Open disqualification at Roland Garros as the...

International Newsresults.in - September 26, 2020
0
The U.S. President is hoping the move will serve to galvanise his supporters as he looks to fend off Democrat Joe Biden in...