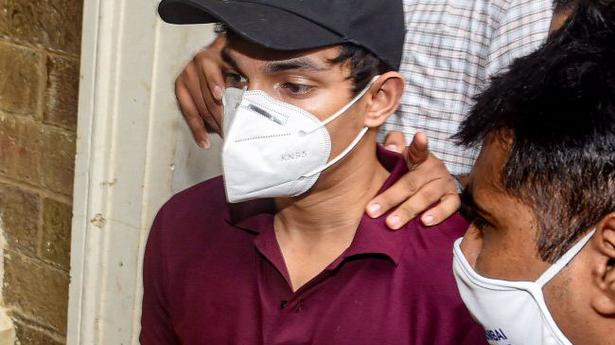 Bollywood actor Rhea Chakraborty’s brother Showik, who is also an accused in the Sushant Singh Rajput’s death case, appeared before the Enforcement Directorate (ED) in Mumbai on Saturday.

The ED is recording the statements of all the accused under the Prevention of Money Laundering Act. On Friday, the agency quizzed four persons, including Mr. Showik, Ms. Chakraborty and her former manager, Shruti Modi. Some persons have also been summoned on Monday.

The agency is looking into the financial transactions of the suspects, as Mr. Rajput’s father has alleged that ₹15 crore was transferred from his account in a short span of time.

The Central Bureau of Investigation officials, who have started probing the allegations of abetment of suicide, criminal conspiracy, cheating, wrongful restraint, wrongful confinement and theft, are planning to visit the Mumbai residence of Mr. Rajput to examine the room where his body was found hanging on June 14.

Among those named in the FIR, which was earlier registered by the Patna police, are Ms. Chakraborty’s parents Indrajit and Sandhya Chakraborty, besides Samuel Miranda, who worked for Mr. Rajput.

Mr. Rajput’s father has alleged that as part of a conspiracy, Rhea Chakraborty and others came close to him and started interfering in his life. They kept telling him that he had some mental illness and that he should see a doctor. They made him shift houses, replaced his trusted employees and allegedly subjected him to drug overdose on the pretext that he was suffering from dengue.

The statement of Siddharth Pithani, who used to live with Mr. Rajput and also worked for him, will also be recorded.

Ram with mask, contact-free abduction of Sita may mark Ramlila 2020

International Newsresults.in - September 23, 2020
0
Malaysian opposition leader Anwar Ibrahim said on Wednesday he has secured a majority in parliament to form a new government that is...

Business Newsresults.in - September 23, 2020
0
Walmart Inc. will recruit more than 20,000 workers ahead of the U.S. holidays to prepare for an expected surge in online...

Keep yourself hydrated with these fruit-infused water recipes

Keep yourself hydrated with these fruit-infused water recipes