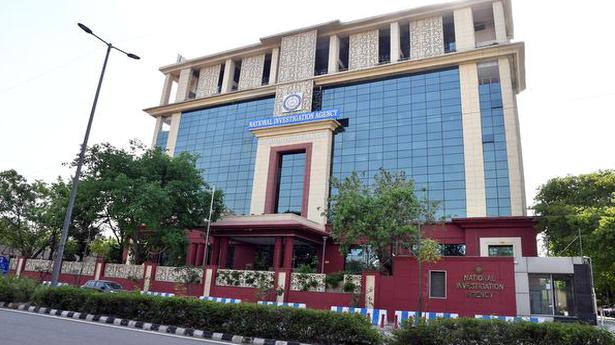 Prem Kumar Vijayan, who teaches English at the Hindu College in Delhi, and Rakesh Ranjan, another teacher, were asked by the NIA to appear before the agency on Friday.

The case was transferred from the Pune police to the NIA in January. The NIA said in a statement that the probe arose out of a case registered in Pune regarding inciting people and giving provocative speeches during Elgar Parishad, organised by the activists of Kabir Kala Manch at Shaniwarwada, Pune on December 31, 2017 [to mark the 200th year of the Koregaon-Bhima battle], which “promoted enmity between various caste groups and led to violence resulting in loss of life & property and State-wide agitation in Maharashtra”.

The Pune police filed a chargesheet and a supplementary chargesheet in this case on November 15, 2018 and February 21, 2019 respectively.

The NIA took up the investigation on January 24 and in April arrested civil rights campaigner Gautam Navlakha and Dr. Anand Teltumbde, an engineer and IIM graduate who taught at IIT-Kharagpur.

‘Executive Council fed up with arbitrariness of govt.’

Business Newsresults.in - September 25, 2020
0
NEW DELHI: The finance ministry on Friday said that public sector banks (PSBs) have on-boarded about one crore customers on

Positive pay system for cheque payments to come into effect from January 1: RBI...

Business Newsresults.in - September 25, 2020
0
MUMBAI: In order to check banking fraud, the Reserve Bank of India (RBI) has decided to introduce from January 1, 2021, the '

Positive pay system for cheque payments to come into effect from...