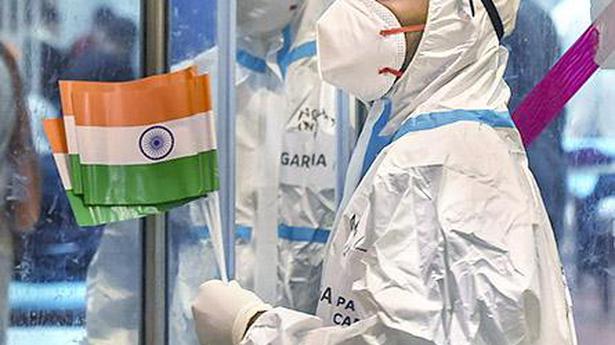 The number of active COVID-19 cases in the national capital increased for the fourth consecutive day on Saturday with 1,276 new cases being reported in the past 24 hours, taking the total to 1,51,928, said a health bulletin released by the Delhi government.

A Delhi government official said that the city is witnessing a slight increase in the number of cases and other parameters compared to July, probably because people are going out more than before because of the relaxations.

But the number of new cases has been below 1,500 for the past 30 days, which is less compared to June. On June 23, the daily new COVID-19 cases touched almost 4,000 — the highest so far — but has been dropping since then.

Of the total 18,271 tests done in the city in the past 24 hours, over 68.9% were rapid antigen tests, which have shown lower positivity rate compared to RT-PCR tests.

The positivity rate, which is the percentage of people testing positive, has also dropped from 12.2% on July 1 to 6.9% on August 15.

The number of containment zones in the city stood at 538 on Saturday.

Delhi may have 8 months of 32°C average temperature by 2100: WEF study

Ram with mask, contact-free abduction of Sita may mark Ramlila 2020

Saudi Arabia suspends travel to and from India – Times of India

Business Newsresults.in - September 23, 2020
0
NEW DELHI: The General Authority of Civil Aviation (GACA) of the Kingdom of Saudi Arabia has suspended travel to and from India in...

Sport Newsresults.in - September 23, 2020
0
SHARJAH: A fan outside the Sharjah Cricket Stadium got lucky as he was able to take home the cricket ball that MS Dhoni...

Saudi Arabia suspends travel to and from India – Times of...