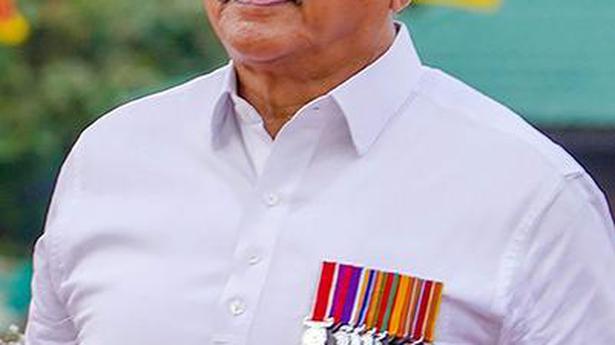 President Gotabaya Rajapaksa has decided to resume a programme to provide employment opportunities to 150,000 persons that was halted due to the General Election

Sri Lankan President Gotabaya Rajapaksa would present the new government’s policy statement at the ceremonial first session of Parliament on August 20, according to media reports on Saturday.

President Gotabaya Rajapaksa is scheduled to chair the inaugural meeting and the statement of the new government’s policies will be read by him on August 20, the Daily Mirror reported.

President Gotabaya Rajapaksa has decided to resume a programme to provide employment opportunities to 150,000 persons that was halted due to the General Election and the recruits are to report to work on September 2, the President’s Media Division said on Friday.

The number of unemployed graduates to be recruited is 50,000. For the remaining 100,000 jobs, candidates will be selected from families of the lowest strata of income earners in the society.

The programme to employ 50,000 graduates and 100,000 low-income earners was formulated within weeks after the President assumed office in November last year, the newspaper said in a separate report on Friday.

Over 380 whales dead in mass stranding

Osaka, Rapinoe, Mahomes among athletes on ‘Time 100’ list | Off the field News...

Sport Newsresults.in - September 23, 2020
0
MADRID: Luis Suarez left his last Barcelona training session in tears on Wednesday as he prepares for a move to La Liga rivals...