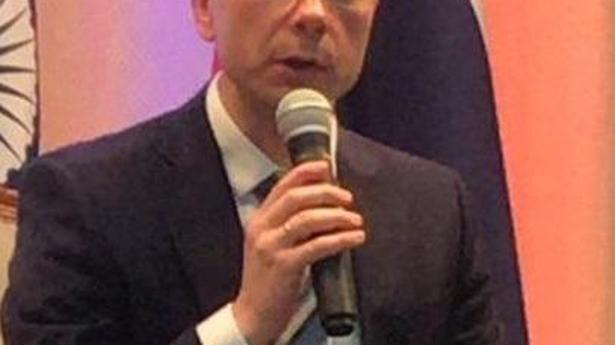 We hopes Delhi and Beijing will find “mutually acceptable solution” to the crisis in Eastern Ladakh, he says

Russia is creating a positive environment for resolution of international disputes, an official of the embassy of Russia said on Tuesday. At an online press interaction Roman Babushkin, Deputy Chief of Mission in India, said Moscow hopes officials from Delhi and Beijing will find “mutually acceptable solution” to the crisis in Eastern Ladakh.

“We are not interfering or telling them what to do and what not to do. We are basically creating some sort of a positive atmosphere. We are promoting the culture of finding political and diplomatic solution of disputes,” said Mr. Babushkin answering a question from the Indian media.

He said the September 9-10 meeting of the Council of Foreign Ministers of the Shanghai Cooperation Organisation (SCO) in Moscow will provide windows for bilateral interactions between India and China. “We are witnessing a lot of important opportunities on the sidelines of SCO for dialogue. Defence Minister Rajnath Singh has already held his consultations on the sidelines and after that External Affairs Minister Dr. S Jaishankar is expected to arrive in Moscow.” The upcoming event will be the third Council of Foreign Ministers meeting. The first was held in Beijing on April 23-24, 2018 and the second was held in Bishkek (Kyrgyz Republic) on May 21-22, 2019.

Mr. Jaishankar left for Moscow on Tuesday with a stop over at Tehran where he met Foreign Minister Javad Zarif. “We are sure comfortable platforms like SCO can be used for bilateral discussions,” said Mr. Babushkin maintaining that Russia does not interfere in the affairs of other countries.

He said Moscow is processing India’s order for arms pending with Russian producers. “India’s orders including the S400 system is going ahead according to the schedule. Russia can expedite the supply of the items if India requests,” said Mr. Babushkin while highlighting the S400 missile system is for ‘defensive’ purpose.

The official also indicated stronger epidemiological collaboration among the member countries of the SCO and BRICS. The announcement is significant as Russian authorities are reportedly planning clinical trial for the Sputnik V vaccine for COVID-19 from September. Kirill Dimitriev, CEO of the Russian Direct Investment Fund, said on Monday clinical trial for the vaccine will begin in Saudi Arabia, UAE, the Philippines, Brazil and India.

USA News Newsresults.in - January 20, 2021
0
Thailand has some of the world's strictest laws against defaming or criticizing the king, queen, heir-apparent or regent. The laws, which are known as...