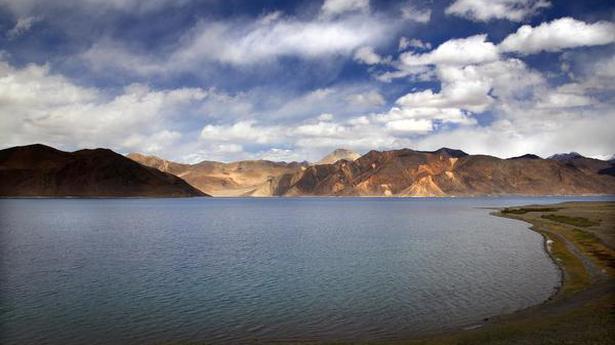 
The south bank of the Pangong Tso (lake) where Indian and Chinese troops are currently engaged in a face-off, witnessed firing in the air not only on September 7 but also a week earlier, a senior government official told The Hindu.

The official said the first incident when a few rounds were fired in the air was reported on August 30 from the same area. It was not clear how the firing began.

India and China have agreed on a five-point plan for resolving the prolonged border face-off in eastern Ladakh that included abiding by all existing agreements and protocol on management of the frontier, maintaining peace and tranquility and avoiding any action that could escalate matters.

China’s State media on Thursday described the meeting between the Foreign Ministers of India and China as “the last chance” to peacefully settle the on-going tensions along the Line of Actual Control (LAC) in Ladakh.

For every confirmed case of COVID-19 in May, there were 82-130 infections that went undetected and India potentially had 6.4 million infections that month, say the results of the first sero-survey conducted by scientists of the Indian Council of Medical Research.

The coronavirus (COVID-19) pandemic and the eventual nationwide lockdown has delayed the training schedule in the Army’s prestigious Officers Training Academy (OTA) in Chennai. A batch of officer cadets, who were supposed to have completed their training this month, is expected to do so only after a few months.

“This is a wake-up call to recognise that there are ups and downs in clinical development and that we have to be prepared,” Soumya Swaminathan told a virtual briefing from Geneva. “We do not have to be discouraged. These things happen.”

An independent committee was drafted in to review safety but AstraZeneca said it was a “routine action” designed to maintain the integrity of the trials. “We will be guided by this committee as to when the trials could restart, so that we can continue our work at the earliest opportunity,”  the U.K.-based company’s chief executive Pascal Soriot said in a statement.

The plea concerns Mr. Sardesai’s tweets in connection with the Supreme Court verdict in a suo motu contempt case against civil rights lawyer Prashant Bhushan, punishing the latter with a ₹1 fine for “scandalising the court” with his tweets.

“With the standard protocol and seven days of mandatory quarantine not ending before September 17, the initial scheduled date of team selection, it was decided to cancel the preparatory camp and the Indian team selection was conducted by the six-member selection committee today,” the BAI general secretary Ajay Singhania said in a statement on Thursday.

The experience and quality of Chennai Super Kings’ battle-hardened players should see the team through in the upcoming IPL despite a turbulent build-up caused by 13 COVID-19 cases in the contingent, feels veteran all-rounder Shane Watson.