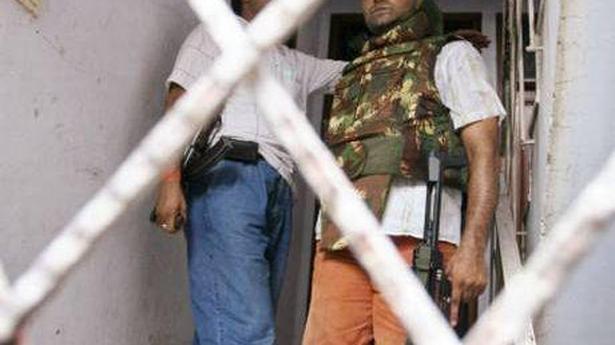 Fake news and “street rumours” were picked up by a section of politicians, activists and media to paint the 2008 Batla House encounter of Indian Mujahideen (IM) terrorists as staged, retired IPS officer and the then chief of the Delhi Police special cell Karnal Singh has said.

The 1984-batch officer of the Union Territories cadre has come out with a book — Batla House: An Encounter that Shook the Nation — on the police operation on September 19, 2008 at house number L-18 in the Batla House locality of Jamia Nagar in south Delhi.

The book has been published by Rupa Publications.

The officer was spearheading a probe into the 2008 Delhi blasts as the head or Joint Commissioner of Police of the elite special cell that was raised specifically to undertake counterterrorist operations.

Leads from the blast probe led the special cell to Batla House where Indian Mujahideen terrorists were holed-up.

A gunbattle broke between the policemen, who went for a reconnaissance, and the terrorists in which special cell Inspector Mohan Chand Sharma lost his life, while two terrorists were eliminated.

Mr. Singh, who retired in 2018 as the Director of the Enforcement Directorate, spoke to PTI on the operation, seen as one of the most politicised police encounters of the country.

“There was a perception built around the Batla House encounter by disseminating fake news, Singh said. Many politicians, activists and media houses picked up street rumours without any fact-checking.”

“For example, some alleged that Inspector Mohan Chand Sharma died due to three bullets fired at his back by his teammates and they also alleged that the terrorist did not fire at all. The post-mortem report clearly stated that Mohan had got two bullet injuries from front and not back,” he said.

Doctors at the All India Institute of Medical Sciences (AIIMS) conducted the post-mortem of the two terrorists also and collected their hand wash and sent it to the forensic science laboratory for dermal nitrate test to conclude if they had fired or not, Mr. Singh said.

“The test for the terrorists came out to be positive indicating clearly that both the terrorists had fired on the police team,” he said. “Fake news circulation did create an obstacle but only for a short while. All the facts, evidences and investigations proved the authenticity of the encounter.”

“This case has been through multiple scrutiny from diverse and independent agencies and the truth has stood strong through the test of time, patience and adverse perceptions. Our turning point was when a few people who had earlier believed in fake news were open to factual accounts,” the officer said, replying to a question on the upheavals they faced after the encounter.

Mr. Singh, who also headed the Financial Intelligence Unit of the country for a brief period, said media reportage of sensitive investigations is a very responsible job.

“The communication between the investigating agencies and the media about the ongoing investigation is a very delicate issue…transparent communication has to be followed with responsibility and accountability towards the nation and its citizens,” he said.

Asked about the motivation of the IM terrorists to perpetrate multiple blasts in the country, Mr. Singh said their probe found the terrorists were inspired by Osama bin Laden.

“Through the evidence we found on their electronic devices, we know that they were inspired by Osama Bin Laden’s speeches. We found presentations, motivational songs and videos calling out to more people to join their mission.”

“There were photographs of bombs placed in the shape of IM. We learnt that most of them were introduced to IM through their friends or acquaintances,” he said.

Their indoctrination would start with a general discussion on religion and rituals, leading to a distorted interpretation of Jihad, he said.

Over time, they were radicalised and recruited through the belief that they had to avenge the alleged atrocities on Muslims by the rest of the world, Mr. Singh said.

He added that “a few IM terrorists escaped to Pakistan and Dubai after the Batla House encounter”.

“There is no information about them if they are alive or dead. Terror-related investigations are difficult and intricate as pieces of evidence are not easily available and connecting each dot takes a tremendous amount of work by the entire team.”

“The toughest thing to do is to find that one definitive lead that unravels the tracks which are meticulously covered by the terrorists. We could find that lead due to relentless investigative work done by my team, cooperation and knowledge sharing with Gujarat Police, Mumbai Police, Intelligence Bureau and testimonies of two eyewitnesses of the bomb blasts,” he said.

He said the family members of the policemen, especially those who work in units like special cell, make huge personal sacrifices and contribution so that they are able to “bring their best” to work every day.

“There should be guidelines for security and investigative agencies, citizens, politicians and media persons that highlight the roles and responsibilities which need to be adhered to during an active investigation and after it is concluded.”

The book details as to why the police team that raided Batla House did not wear bullet proof jackets and also mentions how the then Prime Minister Manmohan Singh praised Mr. Singh and his team for doing a good job.

Social distancing goes for a toss in Sadar Bazar

A power company’s electrical equipment started one of the most destructive fires in California...

USA News Newsresults.in - October 31, 2020
0
Wildfires burning in the WestFirefighters look out over a burning hillside as they fight the Blue Ridge Fire in Yorba Linda, California, on...

A power company’s electrical equipment started one of the most destructive...