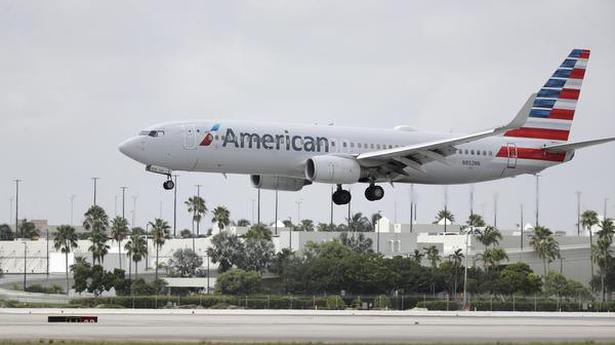 American Airlines will furlough 19,000 employees, including some 1,600 pilots.

American Airlines and United Airlines, two of the largest U.S. carriers, said they were beginning furloughs of over 32,000 workers on Thursday as hopes faded for a last-minute bailout from Washington.

Both airlines told employees, however, in memos seen by Reuters on Wednesday that they stood ready to reverse the furloughs, which affect about 13% of their workforces before the pandemic, if a deal was reached.

Tens of thousands of other employees at those airlines and others including Delta Air Lines and Southwest Airlines have accepted buyouts or leaves of absence aimed at reducing headcount as carriers battle a health crisis that has upended the global travel industry.

U.S. airlines have been pleading for another $25 billion in payroll support to protect jobs for a further six months once the current package, which banned furloughs, expires at midnight.

In a memo to employees, American Chief Executive Doug Parker said Mnuchin told him that he and Pelosi were continuing to negotiate on a bipartisan COVID-19 relief package that would include an extension of aid for airlines and could reach an agreement in coming days. “Unfortunately, there is no guarantee that any of these efforts will come to fruition,” Parker said.

American will furlough 19,000 employees, including some 1,600 pilots. More than 13,000 United employees will be on furlough, but not any pilots following an agreement reached this week.

“Tomorrow, tens of thousands of essential aviation workers will wake up without a job or healthcare and tens of thousands more will be without a paycheck,” Association of Flight Attendants-CWA President Sara Nelson said in a statement that urged lawmakers to reach a deal.

Nick Calio, who heads the airline trade group Airlines for America, said earlier that the industry was still pursuing all potential avenues for new assistance as time runs short.

“People keep talking, but we need results,” Calio told Reuters. “We are hopeful but not confident about them reaching a deal on a larger bill.”

Weeks of intense airline lobbying has won over many but not all Washington lawmakers, while drawing attention to the plight of other pandemic-hit industries as the crisis persists.

U.S. airlines are operating about half their 2019 flying schedules and suffering a 68% decline in passenger volumes.

The impact of the coronavirus on travel may cost as many as 46 million jobs globally, according to projections published on Wednesday by the Air Transport Action Group.

Airlines have argued they need trained employees to help drive an economic recovery as the pandemic subsides. American Airlines’ Parker told CNN he believed one more round of aid would be sufficient.

USA News Newsresults.in - October 28, 2020
0
The hearing comes less than a week before the US election and as social media companies have been bracing for an onslaught of misinformation...

Sport Newsresults.in - October 28, 2020
0
NEW DELHI: Captain David Warner is turning back the clock, making technical changes reminiscent of 2009 on slowing pitches in the...