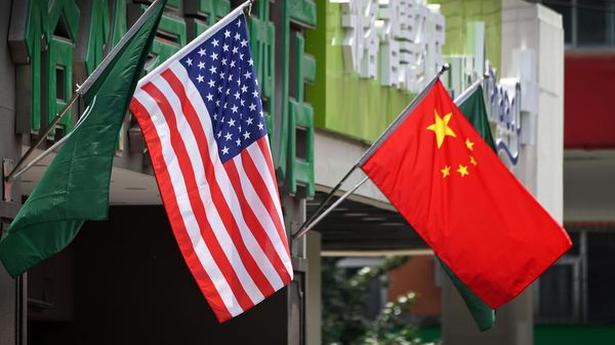 China has been fast expanding military and economic influence in the Indo-Pacific region, triggering concern in various countries of the region and beyond.

A U.S. Congressional report has sought decisive action against China, accusing Beijing of increasing military buildup, violating other nations’ sovereignty and engaging in fatal skirmishes to conduct a land-grab on the Indian border.

In its report unveiled on Wednesday, the China Task Force of the House Republicans also supported the proposal of British Prime Minister Boris Johnson for the creation of a new D-10 group of leading democracies, including India, for addressing both 5G mobile communications and vulnerable supply chains.

In just the past year alone, the China Communist Party (CCP) has violated an international treaty and dismantled Hong Kong’s civil liberties; continued its oppression of ethnic minorities, including Uyghurs and Tibetans; increased its military buildup, conducted increasingly belligerent provocations, and violated other nations’ sovereignty at sea; engaged in fatal skirmishes to conduct a land-grab on the Indian border; and asserted new territorial claims over Bhutan, the report said.

India and China are locked in a nearly five-month-long border standoff in eastern Ladakh. China unsuccessfully attempted to occupy Indian territory in the southern bank of Pangong lake in the last week of August.

China has been fast expanding military and economic influence in the Indo-Pacific region, triggering concern in various countries of the region and beyond.

China is also engaged in hotly contested territorial disputes in both the South China Sea and the East China Sea. Beijing has built up and militarised many of the islands and reefs it controls in the resource-rich region.

China claims almost all of the South China Sea. Vietnam, the Philippines, Malaysia, Brunei and Taiwan have counter claims over the area.

Praising the State Department’s July 2020 statement which said that China’s territorial aggression in the South China Sea is illegal, the report said that the administration could take similar action regarding the CCP’s illegal conduct in other areas, including around the Senkaku Islands and along India’s border.

The U.S., it said, should improve predictability of arms sales with allies and partners, and expand military training with allied and partner nations. Doing so will improve interoperability with the U.S., support and protect American values, advance U.S. national security and foreign policy interests, and promote the U.S. as the partner of choice, it said.

It pushed for coordinating a whole-of-government offensive information statecraft campaign to counter the propaganda machine of ruling Chinese Communist Party by using truth and American values to undermine CCP’s “lies and malign” ideology.

Further, the U.S. should expand forward presence and improve interoperability with allies and partner nations through the use of joint training and exercises, including by bringing together and regularising multilateral exercises with like-minded nations such as Australia, Japan, India, and other interested nations, the report said.

Supporting Mr. Johnson’s proposal for creating D-10 group of leading democracies (the current G-7 members, plus South Korea, India, and Australia), it said the U.S. should work with the U.K. and other nations in leveraging technical expertise of each nation in emerging technologies for the benefit of democratic countries.

“The U.S. should work with the U.K. and other nations to form a new D-10 group of leading democracies focused on developing and deploying 5G and subsequent generations, addressing 5G mobile communications and vulnerable supply chains, and leveraging technical expertise of each nation in emerging technologies for the benefit of democratic nations,” it said.

The China Task Force, comprised of 15 House Republicans representing 11 committees, including several Armed Services Members, was formed in May to assess the threat of China and come up with legislative solutions on how to combat the risks. In compiling its recommendations, the Task Force heard from 130 experts, including policy experts, business leaders, and Members of Congress.

“China presents a unique challenge to America’s interests and security. Confronting China will take a whole of government approach. We cannot rely on the military or on our diplomats alone; Congress also has an important role,” said Congress Mac Thornberry, ranking member of the House Armed Services Committee.

House Minority Leader, Kevin McCarthy, told reporters at a news conference that it is not only the most thorough report on China in the history of the House; it is bold, achievable, and bipartisan. It doesn’t just lay out the challenges; it lays out the solutions and legislative reform.

“One-third of these solutions have already either passed the House or the Senate. We need to make them become law,” he said.

Congressman Michael McCaul said that for decades the US and its allies have been asleep at the wheel until COVID-19 to countering the CCP’s 100-year marathon for global and military dominance.