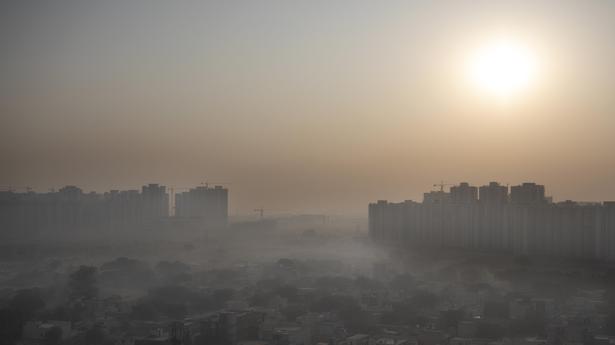 Supreme Court appoints one-man panel to monitor and prevent instances of stubble burning by farmers in U.P., Punjab and Haryana.

Former Supreme Court judge, Justice Madan B. Lokur, helped by student volunteer forces deployed from the National Cadet Corps, the National Service Scheme and the Bharat Scouts and Guides, will protect Delhi-NCR (National Capital Region) from pollution caused by stubble-burning in the neighbouring Punjab, Haryana and Uttar Pradesh this winter.

A Supreme Court Bench led by Chief Justice of India (CJI) Sharad A. Bobde on Friday appointed Justice Lokur as a one-man committee to monitor and prevent instances of stubble-burning by farmers in the three States.

Student forces will patrol highways and fields in the three States and ensure that no fires are started in the fields.

When Haryana counsel protested that these were just schoolchildren, Chief Justice Bobde reacted, “this does not involve a great knowledge of fires… Why can’t the NCC go and see who is lighting the fires?”

The Chief Secretaries of the three States will provide facilities to the committee and provide the student volunteers with adequate transportation to aid their vigil.

Existing mobile teams and nodal officers of the States will report to the committee. The Supreme Court’s own Environment Pollution (Prevention and Control) Authority (EPCA) would consult with the committee on issues related to stubble-burning.

The court made it clear to Additional Solicitor General Aishwarya Bhati that the formation of the committee was not meant as an adverse comment on the functioning of the EPCA.

The committee will file its status reports with the court at least every fortnight.

The court chose Justice Lokur for the task as he had headed the Green Bench that was monitoring stubble-burning for two whole years before his retirement. His name was recommended by senior advocate Vikas Singh, who is appearing for two children apprehensive of the onslaught of incoming waves of smog caused by unbridled stubble-burning in the three States this winter.

Mr. Singh said the issue was urgent and could not wait till the court reopened after the Dussehra holidays, as pollution may by then have reached “unmanageable proportions”. Stubble fires were five times higher in Punjab in spite of the State using a remote-sensing app. Justice Lokur who was called on telephone during the hearing, immediately agreed to do the job.

Minutes after the hearing was over and the Bench was about to rise for the day, Solicitor General Tushar Mehta appeared on the screen to persuade the court to hold its order and wait till after reopening. Mr. Mehta said Justice Lokur need not be troubled and the situation prevailing before the order should continue for now. He said the EPCA was doing a good job. He was, however, hesitant to explain what his reasons were against the formation of the Justice Lokur Committee despite the CJI asking him repeatedly to speak freely.

“We have already passed the order. You cannot come like this, Mr. Mehta. All the parties were represented in the case. We have not given Justice Lokur any extraordinary jurisdiction…”, the CJI addressed Mr. Mehta.

‘City So Real’ tries to get past the headlines with a deep but scattered...

‘City So Real’ tries to get past the headlines with a...