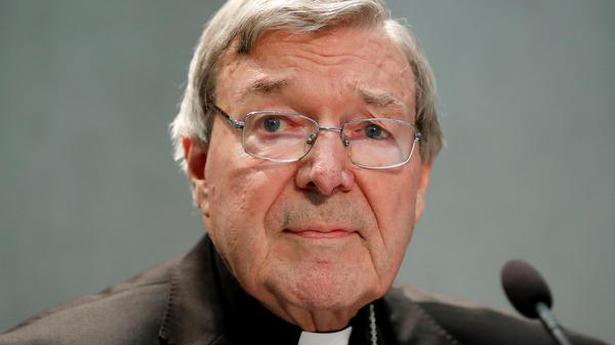 Media speculation in Italy suggest that the movie might be linked to the overturning of convictions of Cardinal George Pell.

Australian state police said on Friday they’re not investigating the transfer of money from the Vatican to Australia, throwing doubt on Italian media speculation that it might be linked to the overturned convictions of Cardinal George Pell for child sex abuse.

Italian newspaper Corriere della Sera speculated in recent weeks that Vatican investigators were looking into whether Pell’s nemesis at the Holy See, ousted Cardinal Angelo Becciu, wired 700,000 euros ($823,000) in Vatican money to a bank account in Australia, and whether that money was tied to Pell’s sex abuse trial.

Victoria Police, which in 2017 charged Pell with child sex abuse, said the Australian intelligence agency responsible for detecting international financial crime, AUSTRAC, had confirmed that Vatican money had been wired to Australia.

But AUSTRAC had not advised Victoria Police of any suspicious activity related to these transactions, the police department said.

In the absence of any other evidence or intelligence, Victoria Police has noted the advice from AUSTRAC. We are not at this time conducting any further investigation, a police statement said.

But it does not rule out criminality or corruption in the money transfers.

Australian Federal Police said on Wednesday it was undertaking a review of the relevant information provided by AUSTRAC. A review of evidence is a preliminary step toward an official criminal investigation.

The commission has declined comment for legal and operational reasons. The Italian newspaper speculated that Becciu might have bought the testimony of Pell’s accuser to get Pell out of the Vatican. Becciu and Pell were known to have clashed over Pell’s financial clean-up efforts at the Holy See. Pell’s accuser, who cannot be identified, has denied the allegation.

The newspaper report had no sourcing, attributions or detail and appeared to be more an effort to discredit Becciu and distract attention from the shortcomings of the Vatican prosecutors’ primary investigation into a London real estate venture.

The Australian newspaper reported on Thursday that Vatican investigators were examining four transfers to Australia between February 2017 and June 2018 of more than 1,050,000 euros ($1.24 million). The newspaper cited no sources.

Pell was convicted by a Victoria court jury in 2018 on allegations he molested two choirboys in St. Patrick’s Cathedral in Melbourne while he was archbishop in the 1990s, but was ultimately absolved by Australia’s High Court.

Pell was brought in by Pope Francis to bring accountability and transparency to the Vatican’s opaque finances in 2014.

He returned to the Vatican this month for a meeting with Pope Francis and to clear out his apartment after Becciu was fired over allegations that he wired 100,000 euros ($118,000) in Vatican funds to a charity headed by his brother. Becciu has denied wrongdoing.

Becciu has repeatedly denied involvement in Pell’s conviction. His lawyer Fabio Viglione said Becciu had never interfered with it in any way whatsoever.

Coronavirus update: Latest news from around the world

USA News Newsresults.in - November 27, 2020
0
When the British-Swedish drugmaker AstraZeneca announced on Monday that its experimental coronavirus vaccine is 70% effective on average, the world exhaled a collective sigh of...

USA News Newsresults.in - November 27, 2020
0
"It's going to be a very hard thing to concede," Trump told reporters Thursday evening in the Diplomatic Reception Room where he repeated his...

Coronavirus update: Latest news from around the world