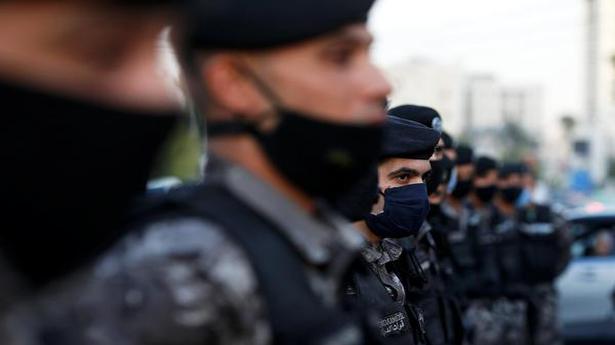 In a sign that some countries want to limit the fallout, Saudi Arabia, while condemning the cartoons, held back from echoing calls in other countries for a boycott of French products.

France warned its citizens in several Muslim-majority countries to take extra security precautions on Tuesday as anger surged over cartoons of the Prophet Mohammad, and the head of Russia’s Chechnya region said Paris was pushing people towards terrorism.

In Bangladesh, thousands of protesters marched through the capital, with some stamping on a poster of French President Emmanuel Macron, and Iran summoned the French charge d’affaires to register a protest over the cartoons.

But in a sign that some countries want to limit the fallout, Saudi Arabia — while condemning the cartoons — held back from echoing calls in other parts of the Muslim world for a boycott of French products.

The row has its roots in a knife attack outside a French school on October 16 in which a man of Chechen origin beheaded Samuel Paty, a teacher who had shown pupils cartoons of Prophet Mohammad in a civics lesson. The caricatures are considered blasphemous by Muslims.

The French government, backed by many citizens, saw the beheading as an attack on freedom of speech, and said they would defend the right to display the cartoons.

Mr. Macron called the teacher a hero, and he pledged to fight “Islamist separatism”, saying it was threatening to take over some Muslim communities in France.

France’s foreign ministry on Tuesday issued safety advice to French citizens in Indonesia, Turkey, Bangladesh, Iraq and Mauritania, advising them to exercise caution. They should stay away from any protests over the cartoons and avoid any public gatherings.

“It is recommended to exercise the greatest vigilance, especially while travelling, and in places that are frequented by tourists or expatriate communities,” it said.

Ramzan Kadyrov, the leader of Russia’s majority-Muslim region of Chechnya, addressed Mr. Macron in a post on Instagram.

“You are forcing people into terrorism, pushing people towards it, not leaving them any choice, creating the conditions for the growth of extremism in young people’s heads. You can boldly call yourself the leader and inspiration of terrorism in your country,” Mr. Kadyrov wrote.

Asked by Reuters to comment, an official in the French presidential administration said: “We won’t be intimidated and we put on notice those who sow hatred, which in Kadyrov’s case, is unacceptable.”

The images of the Prophet were first published years ago by a French satirical magazine, Charlie Hebdo, whose editorial offices were attacked in 2015 by gunmen who killed 12 people.

Since Paty’s killing, French people protesting in solidarity have displayed the cartoons in the street, and they were projected on to a building in one city. French officials have closed a Paris mosque they said was fanning anger over the cartoons.

Calls for a boycott of French goods were trending over the weekend on social media in Saudi Arabia, but officials have not backed them, favouring a measured approach.

A Saudi foreign ministry official said on Tuesday the Gulf state condemns all acts of terrorism, an apparent reference to Paty’s killing.

“Freedom of expression and culture should be a beacon of respect, tolerance and peace that rejects practices and acts which generate hatred, violence and extremism and are contrary to coexistence,” the official said in a statement.

The daily Arab News on Tuesday cited the head of the Saudi-based Muslim World League, Mohammed al-Issa, as cautioning that an over-reaction “that is negative and goes beyond what is acceptable” would only benefit “haters”.

Previous Turkish calls for boycotts of foreign goods have fizzled out, but Industry and Technology Minister Mustafa Varank on Tuesday urged business-people to enforce the boycott. “We must show a strong stance,” he said.

In a rare show of unity, four Turkish parties, including the main opposition group, issued a joint declaration saying Mr. Macron was being “reckless” in pushing freedom of expression, and his stance could trigger harmful conflict.

In Jordan, around 50 protesters gathered outside the heavily guarded French embassy in the capital, Amman.

“This is not freedom of speech — when other people’s religions are infringed upon,” said former member of parliament, Dima Tahboub, referring to the stance taken by Paris on the cartoons. “This is an obvious attack.”

France has been on high alert following the beheading and areas around the Arc de Triomphe and Eiffel Tower in central Paris were evacuated briefly on Tuesday in security alerts. There was no evidence the alerts were linked to the cartoons row.

Regeneron will provide 300,000 doses of Covid treatment for U.S. by early January, CEO...

Mouni Roy looks like a fairytale princess in latest pictures

Mouni Roy looks like a fairytale princess in latest pictures

Cutting-edge tech from PhoneSoap will keep the germs at bay this...