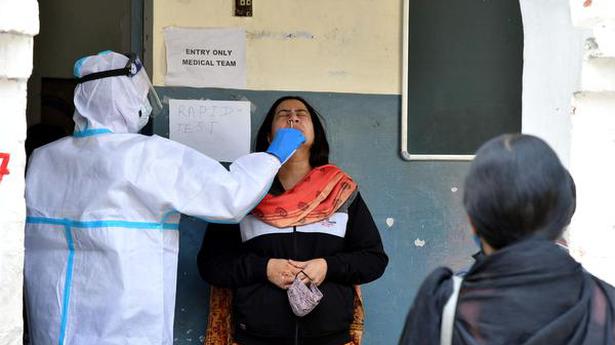 
On a day when Delhi witnessed the highest number of COVID-19 tests in 24 hours — 78,949 — only 3,944 new cases were reported and the positivity rate was 5%, which is lower than the average daily positivity of 11.65%recorded in November, according to a health bulletin released by the Delhi government on Wednesday.

In November, when the cases were high, there were days when more than 50% beds were occupied and about 90% of ICU beds with ventilators were full.

There were 5,772 containment zones in the city as of Wednesday.

‘34% families in the Capital live in rented houses’

Three killed in fire at scrap shop in city

How to get Covid-19 vaccination info by state

USA News Newsresults.in - January 16, 2021
0
Here's where you can go to learn more about available vaccines in your state. Source link

USA News Newsresults.in - January 16, 2021
0
Below are some facts and numbers related to the federal holiday, in which Americans are encouraged to participate in a day of service. The...

USA News Newsresults.in - January 16, 2021
0
"Every state, territory and the District of Columbia will have National Guard men and women supporting the inauguration," the statement said.As of Thursday, there...

How to get Covid-19 vaccination info by state