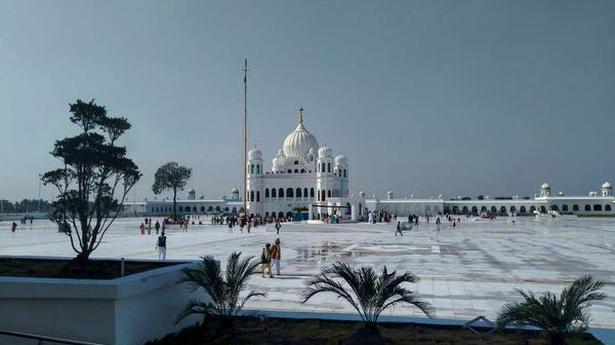 The UNGA resolution adopted in December last year welcomes the initiative to open up the corridor.

India has strongly hit out against Pakistan for arbitrarily transferring the management of the Sikh holy shrine Kartarpur Sahib Gurudwara and violating an UN General Assembly resolution, saying Islamabad’s move goes against Sikh religion and its preservation and protection.

In November, Pakistan transferred the management and maintenance of the Kartarpur Sahib Gurudwara from the Pakistan Sikh Gurdwara Parbandhak Committee to the administrative control of the Evacuee Trust Property Board, a non-Sikh body.

Pakistan has already violated the earlier resolution on Culture of Peace passed last year by this very assembly. Last month, Pakistan arbitrarily transferred the management of the Sikh holy shrine, Kartarpur Sahib Gurudwara, from Sikh Community body to the administrative control of a non-Sikh body, First Secretary in India’s Permanent Mission to the UN Ashish Sharma said in the UN General Assembly on Wednesday.

Mr. Sharma said this act goes against Sikh religion and its preservation and protection. Mr. Sharma said the General Assembly would recall that the holy Kartarpur Sahib Gurudwara finds mention in its resolution of December 2019. That resolution stands violated by Pakistan, he said.

The UNGA resolution ‘Promotion of interreligious and intercultural dialogue, understanding and cooperation for peace’ adopted in December last year welcomes the initiative to open up the Kartarpur Sahib Corridor in the spirit of interfaith harmony and peaceful neighbourhood, and appreciates the agreement between the Governments of India and Pakistan to allow visa-free access to pilgrims of all faiths, especially ‘Nanak Naam Levas’ and the Sikh community from across the world, as a landmark initiative for interreligious and intercultural cooperation for peace.

India in November called Pakistan’s decision as “highly condemnable”, saying it runs against the religious sentiments of the Sikh community.

“This unilateral decision by Pakistan is highly condemnable and runs against the spirit of the Kartarpur Sahib Corridor as also the religious sentiments of the Sikh community at large,” India had said.

How the farmers’ protest lost its way

Police withdraw at Nangloi as farmers break through barricades

‘Don’t worry, I will handle it’: Navdeep Saini reveals what Rishabh Pant said before...

‘Don’t worry, I will handle it’: Navdeep Saini reveals what Rishabh...