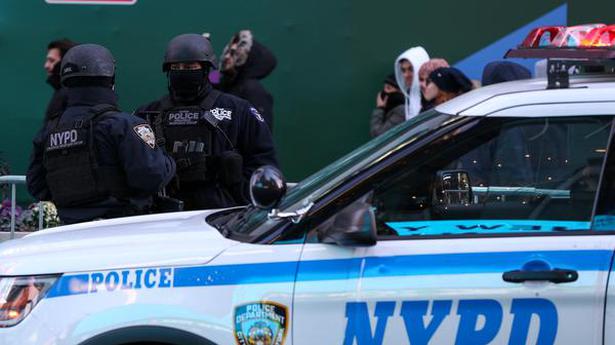 
At least two U.S. Marshals and a suspect have been shot in the Bronx early on Friday, police said.

The New York Police Department said the shooting happened about 5:30 a.m. on Friday and they didn’t immediately have information about the conditions of those shot. Two or three Marshals were injured, the department said.

The police department’s public information office referred a request for additional information by The Associated Press to the U.S. Marshals Service. No one was immediately available to comment at the Marshals’ office in New York City.

USA News Newsresults.in - January 22, 2021
0
In December that year, Shim revealed that the abuse went far beyond what had initially been revealed, accusing Cho of rape and sexual assault....

USA News Newsresults.in - January 22, 2021
0
Until now, it's been easy for the new President to criticize the Trump administration's obviously negligent and incompetent response to the worst public health...