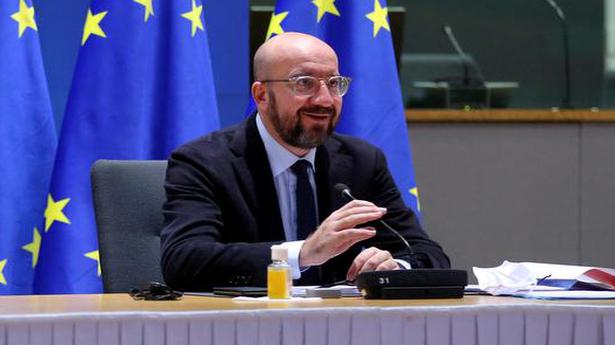 European Council chief Charles Michel said Friday that Turkey has not de-escalated its stand-off with Greece in response to diplomatic outreach and warned EU member states would now consider sanctions.

“I think that the cat and mouse game needs to end,” Michel said, referring to Turkey’s repeated incursions into Greek waters with gas exploration vessels.

“We will have a debate at the European summit on December 10 and we are ready to use the means at our disposal”, he said.

Next week’s EU summit will be held in Brussels, with the leaders meeting face-to-face after previous meetings were demoted to videoconferences as a coronavirus prevention measure.

Turkey has been challenging Greece over maritime territory in the Eastern Mediterranean, repeatedly sending a gas exploration vessel into Greek waters.

Both countries are NATO members, and the alliance has set up a “de-confliction mechanism” to help the rival militaries avoid accidental clashes.

But a German-led diplomatic outreach to Ankara has made little progress in resolving the underlying issues, and some EU members — notably France and Greece itself — are pushing for stronger action.

Other EU capitals are more cautious, some of them fearing that an escalating stand-off could see Turkish president Recep Tayyip Erdogan’s government once again allow a wave of refugees to head for EU borders.

Michel, who will host the summit, expressed Europe’s frustration.

“In October, after a very dense and strategic high level exchange, we defined a very positive offer to Turkey, we extended our hands,” Michel told reporters at a news conference to mark his first year in office.

“But the condition to move in that area is that Turkey needs to stop unilateral provocations, hostile statements, and the non-respect of international principles and rules-based society,” he said.

“Well, since October, things have not been very positive. Since that time, we’ve seen that there have been unilateral acts that have taken place, a hostile rhetoric has been expressed.”

USA News Newsresults.in - January 22, 2021
0
Until now, it's been easy for the new President to criticize the Trump administration's obviously negligent and incompetent response to the worst public health...