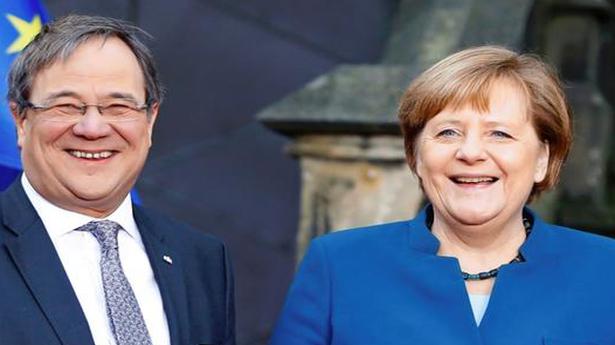 This January, Armin Laschet was elected the chairperson of the Christian Democratic Union or CDU which is Germany’s ruling party.

Laschet’s election is a significant development for two reasons. Firstly, because Germany goes to the polls in September. Secondly, because Angela Merkel, who has led the CDU for nearly two decades, won’t be running for chancellorship again.

There is a lot at stake on who succeeds Merkel. 59-year-old Laschet is the premier of North Rhine-Westphalia, Germany’s most populous state. A lawyer by training, Laschet has served as a Member of the European Parliament.

As a Merkel confidant, he is expected to continue her policies across the board, from economy to immigration and foreign policy.

A digital vote was held on January 16 and Laschet won by a narrow margin of 521 to 466. He polled 53% of the votes to beat his arch-conservative opponent Friedrich Merz.

First, to hold the CDU together by keeping both the conservatives and the liberals within the party happy.

The second challenge is to form an alliance with a suitable rival so that the CDU-CSU returns to power post-September.

But not everyone is convinced Laschet can step into Merkel’s shoes. He has won the leadership battle in the CDU, but he lacks in popularity.

While Laschet may not top popularity charts domestically, his election has elicited near unanimous approval internationally.

Hundreds of houses destroyed by twin tremors in Greece

International Newsresults.in - March 8, 2021
0
Sunday’s interview special opened with Meghan describing how naive she was about the ground rules of royal life before she married her husband,...